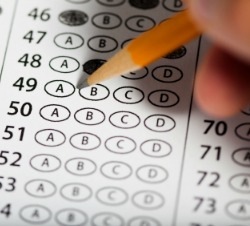 According to a press release, College Board released its SAT Report on College & Career Readiness, which found that only 43 percent of high school students who graduated in 2012 exhibit the academic readiness to succeed in college. This statistic is identical to that of last year, and is a concerning trend for school administrators, parents, and students alike. College Board President Gaston Caperton commented, “This report should serve as a call to action to expand access to rigor for more students. Our nation’s future depends on the strength of our education system. When less than half of kids who want to go to college are prepared to do so, that system is failing.”

Some experts believe that this decline is due to the increasing numbers of high school students taking the exam. This year, a record 1.66 million students took the SAT, a number that indicates both a broadening of the test’s accessibility and a more widespread desire among students to apply to college. Yet the simultaneous increase in test-taker numbers and decrease in average scores is also evidence of shortcomings in schools’ preparation of their students for such an exam. Indeed, these concerning scores call into further question the efficacy of such governmental programs as No Child Left Behind, Bloomberg reports, and are also increasing pressure on future government leadership to prioritize education and properly address student learning roadblocks.

In response to this trend, 45 states and the District of Columbia have started an initiative called the Common Core State Standards Initiative, notes The Washington Post. Through this initiative, participating states have created a set of common academic goals and standards that they will work to achieve over the next 24 months. These standards focus on improving students’ critical thinking, reading comprehension, writing, and mathematical skills across all grade levels, from kindergarten through high school.

Positive measures are also being developed and implemented on the local level. For example, The Washington Post reports that high school students in Montgomery County in Washington averaged an overall score of 1651, which is 153 points higher than the nation’s average. Joshua Starr, the superintendent of the Montgomery County School, attributes these favorable numbers to his county’s comprehensive method towards education improvement. “I don’t want people to think there is simply one program or initiative or a silver bullet,” he said in an interview, “It’s really a holistic approach.”

State and federal governments will also need to address the gap in test scores between lower-income students and their more affluent peers. Test scores are highly correlated with the income of students’ families. Of the 1.66 million students who took the SAT and graduated this past June, 27 percent were from low-income families who required a waiver of the test’s fee in order to take the exam. More affluent students are able to score higher on average because they typically have the option of attending test prep courses and retaking the test when scores are lower than desired. In contrast, “[s]ome kids are coming to school hungry, some without the health care they need, without the vocabulary that middle-class kids come to school with, even in kindergarten,” said Duke University professor of economics and public policy Helen F. Ladd in The Washington Post. “If we really want to do something to close the achievement gaps and raise test scores, we have to stop putting our heads in the sand.”