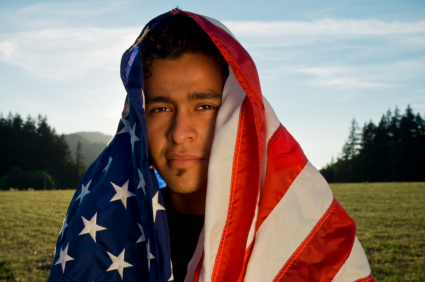 A community college in California is offering a $2,500 scholarship for immigrant students--including those who are undocumented--and the move has sparked anger from lawmakers.

FoxNews.com reports that the scholarship being offered by Santa Ana College honors former student Tan Ngoc Tran, a student immigrant rights activist who had transferred to Brown before being killed by a drunk driver on May 15. Tran had lobbied for passage of the DREAM ACT, which would allow some undocumented students to be eligible for in-state tuition rates and government financial aid.

But establishment of the scholarship has generated controversy. "The fact that a public employee of a public college is seeking to circumvent immigration laws is problematic," Rep. Dana Rohrabacher, R-Calif., told FoxNews.com. "The fact that it's being associated with a public institution means there's public funds involved: If you have a fund being operated by public employees, it's public."

Laurie Weidner, a spokeswoman for the Rancho Santiago Community College District, which governs Santa Ana College, emphasized to FoxNews.com that the scholarship was privately funded and honored an important student leader. "We want all of our students to dream big and go to an Ivy league school--if they try hard and keep their focus, they can have the American dream too," she was quoted as saying by FoxNews.com.

The Orange County Register reports that in a letter to Erlina Martinez, president of Santa Ana College, Rohrabacher wrote that "channeling our scarce resources to illegal immigrants, even if they are students, is unforgivable at a time when so many of our citizens and legal residents are struggling to meet their own education needs."

Rohrabacher ended the letter warning that public funding for the college could be jeopardized if the scholarship went through.

Some private colleges have offered financial aid to students, regardless of their immigration status. For example, The Tennessean reports that Lipscomb University, a private, liberal arts institution which has admitted and provided financial aid to undocumented students for years, just announced plans to create one full scholarship for a Hispanic student, and illegal immigrants will be eligible as well.

"It would be fine with me if our government took the lead in this immigration conversation," explained L. Randolph Lowry, president of Lipscomb, to the Tennessean. "But as the federal government is doing whatever it is or is not doing, we are graduating Hispanic students from Nashville's high schools. Taxpayers are paying for that whether they are documented or not. . . . So the question becomes, 'What's next?'"