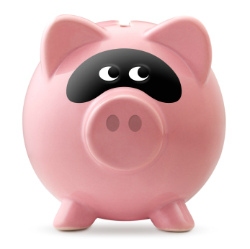 Students taking advantage of Pell Grant funds by receiving financial aid payments but never completing classwork may find it more difficult to dupe the system in the future.

Schools across the country are cracking down on these students--known as "Pell Runners"--by instituting new policies to prevent abuse of the system. The reason is that schools often become responsible for repaying some of this federal aid money.

Pell runners typically apply for a Pell Grant through a community college and, once deemed eligible, receive the grant money without ever attending or rarely attending school, according to North Carolina's Daily Tar Heel. The Pell runner then fails out or drops out of the school but continues the process by applying to other community colleges in subsequent semesters and receiving Pell Grant payments. Because many community colleges do not check previous academic records, the scam can continue for up to 18 semesters, the maximum length of time Pell Grants are available to students, according to the piece.

"Any time you've got a large government program like this, you're going to have people who try to exploit it and get money for nothing," said Haley Chitty, spokesman of the National Association of Student Financial Aid Administrators, in the piece.

He said that a Pell refund check meant for personal expenses can amount to a couple of thousand dollars.

Schools are cracking down on Pell runners in a number of ways, frequently delaying the disbursement process to make sure that students receiving funds are truly working on educational goals. Such is the case for the 25-plus community colleges located in Michigan, according to the Lansing State Journal. Specifically, at Lansing Community College, students now receive loan payments in two installments--one in September and one in October. If a student has stopped attending classes between those two time periods, the payments stop.

The school has a vested interest in delaying funds. During one recent semester, nearly $700,000 in Pell Grant money was received by students who never completed coursework. The school became responsible for paying some of that federal money back.

"We had a significant number of students that were getting all zeros and Ws (withdrawals) any given semester and those students were receiving student aid," said Evan Montague, LCC dean of students, in the piece.

At Central Piedmont Community College in Charlotte, N.C., Pell refund checks are kept from students when they haven't attended classes during the first 10 percent of the semester, according to the Daily Tar Heel. However, this doesn't stop students from continuing to attend classes and dropping out after this time period.

Part of the overarching problem with stopping Pell runners is that community college systems do not have a way or do not take the time to track previous academic records. However, one good piece of news is that the U.S. Department of Education recently vowed to look into ways to improve the system, according to Chitty.

"At our national conference, the Department of Education made it clear that they wanted the financial aid program to be beyond reproach," he said to the Daily Tar Heel.

School staff can also take heed by being alert to students who urgently ask about Pell Grant money. According to The Chronicle of Higher Education, a dean of students at Des Moines Area Community College became suspicious of a student after he pestered her continuously about receipt of his Pell Grant money. She pulled the student's records and discovered he had received aid at seven other colleges in the past.

The delayed Pell Grant polices that some community colleges are now instituting could also benefits students who have difficulty budgeting, said Montague to the Lansing State Journal. However, some students feel they are being unfairly penalized.

"I understand that some people just register for classes, take the money and don't go to class, but I'm not doing that," said Jamie Crawford, a freshman at Lansing Community College, in a post on the web site Student Loans Blog. "I shouldn't have to be penalized for what other people are doing."

"Government and Colleges Crack Down on Pell Grant Fraud," dailytarheel.com, Sept 6, 2011, Madeline Will