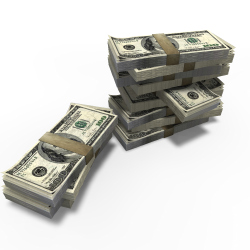 The U.S Senate approved a bill that will help state and local governments cope with budget shortfalls and prevent layoffs for tens of thousands of teachers and public sector workers, reported Reuters. The bill was a major victory for Democrats, who have been facing a wave of opposition due to soaring unemployment rates and slow economic recovery.

According to The Wall Street Journal, the $26 billion aid package was approved, 61-39, just as lawmakers departed for the August recess. The House began its six-week recess last week, but have been summoned back to vote on the measure. "I will be calling the House back into session early next week to save teachers' jobs and help seniors & children," announced Speaker Nancy Pelosi via Twitter, reported The Washington Post.

The measure will extend programs that were created in last year's economic stimulus package for cash-strapped states. $10 billion will go towards education programs and $16 billion will help states pay for rising Medicaid costs for the first six months of 2011. According to The Wall Street Journal, current funding for Medicaid, which provides health care for the poor, will expire at year end or has already expired in some states. Dozens of states have been counting on additional funding for fiscal 2011.

In order to gain Republican support, Democrats were forced to trim the original proposed package. They also offset the $26 billion cost by increasing taxes or cutting spending elsewhere in the federal budget. The Washington Post reported that the bill would cut off an expansion of food stamp benefits that was enacted last year. It will also add a hefty tax to U.S. companies that have operations overseas. Previously, these multinational companies enjoyed a tax break that allowed them to pay a lower corporate income tax rate on profits derived from businesses abroad. While many Republicans argued that this would cause U.S. corporations to become less competitive or force them to move entire operations to other countries, Democrats claimed it would promote domestic manufacturing and thus discourage companies from sending jobs overseas.

According to Bloomberg, House Minority Leader John Boehner (R-OH), speculated that his colleagues would oppose the measure next week when the House reconvenes.