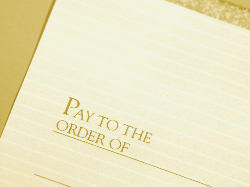 In a 60 to 40 vote, senators ended the Republican filibuster and agreed to extend unemployment insurance through November. The final vote is expected to happen later today. The House is expected to approve the measure on Wednesday and President Obama will sign the bill into law shortly after.

In preparation for the vote, President Obama's weekly address criticized Republicans for blocking the extension, accusing them of using "procedural tactics" to prevent the bill's passage.

AOL News also reported that the President addressed the argument that unemployment benefits discourage people from looking for work. He argued that every American wants a meaningful job to support his or her family. "That attitude, I think, reflects a lack of faith in the American people," he said.

Republicans responded, saying that everyone agreed that the bill should be passed. "[The] debate is about whether in extending these benefits we should add to the debt or not," said Senate Minority Leader Mitch McConnell (R-Ky) in Bloomberg Businessweek.

The legislation will push total unemployment benefit spending this year to more than $130 billion, but it will offer the long-term unemployed up to 99 weeks of assistance and will also retroactively provide aid to those who lost their benefits in the midst of the Senate deadlock, reported Bloomberg Businessweek.

In order to pass the bill, Democrats dropped some of last year's provisions, such as a 65 percent subsidy to help the jobless buy health insurance through their former employers as well as the additional $25 weekly benefit that was part of the economic stimulus. Additionally, Democrats do not plan to extend aid to Americans who have already exhausted the maximum 99 weeks of insurance.

The New York Times speculated that the debate over unemployment extension will play a key role in midterm elections. Republicans believe they will solidify their vote among those worried about the rising deficit. Democrats, on the other hand, believe they will find support among those who criticize Republicans for their willingness to set aside deficit concerns when supporting tax cuts for the affluent, but not when unemployment insurance benefits for millions of Americans were at stake.