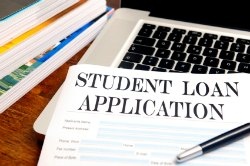 The interest rate of federally-subsidized Stafford loans are scheduled to double on July 1, from 3.4 percent to 6.8 percent. The rate has been at 3.4 percent for just one year, the result of the College Cost Reduction Act of 2007. Both Democrats and Republicans have been trying to extend the rate for an additional year, but the parties have disagreed about how to pay for such a measure, which would cost roughly $6 billion.

Yesterday, however, the lawmakers struck a deal that was reported to be agreeable to everyone. "We basically have the student-loan issue worked out," said Senate Majority Leader Harry Reid (D-Nev.), who was quoted by The Wall Street Journal.

"Sen. Reid and I have an understanding we think will be acceptable to the House," added Minority Leader Mitch McConnell (R-Ky.).

As reported by The Chronicle of Higher Education, the compromise calls for increasing the premiums on federal pension insurance, and placing a six-year limit on how long the government will pay the interest on the loans while students are still enrolled in school. Senate leaders are also considering attaching the deal to a measure to pay for highway programs.

Jay Carney, the White House press secretary, praised the agreement in a statement that was quoted by The Washington Post. "We're pleased that the Senate has reached a deal to keep rates low and continue offering hard-working students a fair shot at an affordable education," he said. "Higher education has never been more important to getting a good job. That's why President Obama has made stopping this rate hike and saving 7.4 million students an average of $1,000 a priority since his state of the Union and has repeatedly called on Congress to act."

According to The Chronicle of Higher Education, some experts have pointed out that extending the Stafford interest rate is a very limited and largely political measure that would only affect about a third of newly issued federal student loans. Moreover, the lower interest rate would only last a year, after which it would return to 6.8 percent.