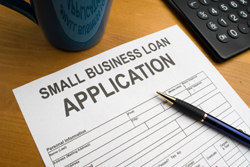 Over the last two and a half years, small business job growth has been shrinking. The Senate hopes that the measure, which passed 61 to 38, will encourage hiring by making credit more available to small businesses. The measure is also expected to create some 500,000 jobs. According to The Wall Street Journal, both Republicans and Democrats agreed that hiring within small businesses is crucial to lowering the stubbornly high unemployment rate of 9.6 percent.

The bill will create a $30 billion lending facility that would send taxpayer money to regional banks if they lend to small businesses. Banks, however, will have to volunteer to participate in the program.

CNN Money added that the measure will provide numerous tax breaks that will cost $12 billion over a decade. The tax break incentives are intended to encourage investment. The Wall Street Journal reported that some incentives include an immediate write-off of 50% on new equipment purchases in 2010 for small and large businesses. Self-employed people will also be able to deduct health insurance costs for themselves and their families.

Measures intended to provide assistance for small businesses usually pass with ease, but this particular bill had been stuck on the Senate floor for more than a month. According to NPR, Republicans had initially supported the bill, but then came to oppose it when the lending facility was added because it raised concerns about the current deficit.

The bill finally passed when two republicans, Senator George V. Voinovich of Ohio and George LeMieux of Florida, joined the Democrats. Senator Mary L. Landrieu, Democrat of Louisiana and primary author of the bill, told The New York Times that the bill should have been approved eight months ago. "Every week that we've waited to pass this bill has been another tough week for small businesses throughout this country," she said.

According to The Wall Street Journal, the Small Business Jobs Act will most likely be the last attempt Democrats make to try to encourage economic growth before the November midterm elections. Many of the bill's provisions, however, are unlikely to be enacted before the November 2 vote.