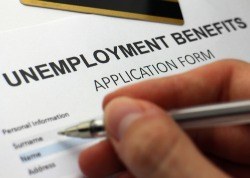 After months of unsuccessful negotiations, the Senate reached a bipartisan agreement to restore emergency unemployment benefits for the long-term unemployed.

According to The Wall Street Journal, the deal would extend federal benefits, which expired just before the new year, for five months. The Senate has been fighting to reinstate the program since, but has consistently fallen short of the 60 votes needed. Bloomberg Businessweek reported that the last time Democrats tried to restore the benefits was on Feb. 6. The vote was 55 to 43. Five Republicans -- Rob Portman of Ohio, Dean Heller of Nevada, Susan Collins of Maine, Mark S. Kirk of Illinois and Lisa Murkowski of Alaska -- support the new deal, which would be retroactive to Dec. 28, when federal aid expired, and restore benefits to almost two million unemployed people.

Although an agreement has been made, The Wall Street Journal noted that it is unclear how the measure will do when presented to the Republican-controlled House of Representatives. Some conservatives have argued that extending unemployment benefits discourages people from finding work or that it is no longer necessary because the economy is recovering.

"We're not at the finish line yet, but this is a bipartisan breakthrough," said Sen. John Reed (D., R.I.) as quoted by The Wall Street Journal.

The New York Times reported that new provisions were included in the recent agreement to address Republicans' concerns. For instance, Senate Republican Susan Collins stated that one provision would require an assessment of why a person has been unable to find work for more than six months.

"That may mean that individuals will be directed to a job-training program or to a different occupation than he or she has traditionally held," said Senator Collins in The New York Times. "I see this requirement as the key to getting the person back to work."

Another concern for Republicans is the federal budget deficit. The measure will cost nearly $10 billion, a major deterrent for conservatives. According to The Wall Street Journal, in order to address that issue, the agreement includes measures that would save money as well as increase revenue. One effort would raise revenue by extending "pension smoothing", which is set to phase out this year. This would allow employers to postpone payments to employee pension plans, which in turn would raise employers' taxable income. The deal will also extend customs user fees through 2024. Lastly, the new deal would end unemployment insurance for those whose adjusted gross income in the preceding year was $1 million or more. Though these instances were rare, The New York Times noted that Congress was surprised that any such payments were occurring.

The Huffington Post noted, however, that even if the Senate bill passed the House immediately, the debate over unemployment insurance is still likely to continue. Because the benefits would be retroactive, they will expire again by the end of May.

Nonetheless, supporters of the extension are optimistic.

"This agreement is the first step towards reforming a broken program into a safety net that helps the unemployed quickly re-enter the work force and get back on their feet," said Senator Portman in The New York Times.

According to The Huffington Post, a Senate Democratic aide said a vote would most likely happen in late March, shortly after the Senate returns from its upcoming break.