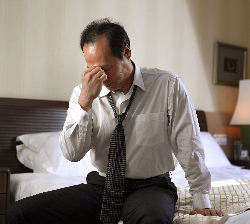 It is another disappointing day for Democrats. According to The Huffington Post, the Senate rejected yet another attempt to reauthorize extended unemployment insurance. The vote was 59 to 37, although the final tally shows only 58 in favor as Senate Majority Leader Harry Reid (D-Nev.) voted against the bill in order to allow for another vote in the future.

As of today, 1.2 million unemployed Americans will stop receiving aid from the federal government, reports the International Business Times. Democrats have devoted endless hours to support those left unemployed and although the battle has been rough, Senator Reid refuses to give up. "We have a fundamental obligation to stand with these families so that they can make ends meet and help our economy recover," he said. According to the Washington Independent, it has been a nine month battle between Democrats and Republicans; a struggle that has repeatedly resulted in short-term stopgap measures instead of a more permanent extension.

Wednesday night's stopgap bill was the fourth attempt to revive unemployment insurance. In an effort to win Republican support, The Huffington Post reports that Senator Reid and Senator Max Baucus (D-Mont.) managed to reduce the bill's 10-year deficit impact from $134 billion to $33 billion. However, Republicans still refused to give in. Senate Minority Leader Mitch McConnell (R-Ky.) said, "The only reason the unemployment extension hasn't passed is because our friends on the other side have refused to pass a bill that doesn't add to the debt".

Since the 1950s, extended federal benefits have never been allowed to expire with a national unemployment rate of more than 7.2 percent. The Bureau of Labor Statistics shows that the current rate stands at 9.7 percent. John Irons, research and policy director of the Economic Policy Institute, testified before the National Commission on Fiscal Responsibility and Reform agreeing that federal aid should be extended. "Unemployment should reach six percent or lower, and be trending downward, before any fiscal contraction should be seriously considered," quoted the Washington Independent.

The Washington Post says the bill probably would have passed had Democrats not lost Robert Byrd's (D-W. Va.) vote. Senator Byrd passed away on Monday. The bill will be re-introduced on July 14, after the July 4 recess and when Byrd's replacement is likely to be named, but by then an expected two million Americans will have stopped receiving their unemployment checks.