Sequester Could Mean Severe Cuts for Education and Employment 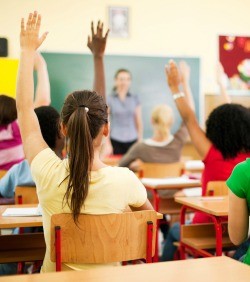 On March 1, a series of automatic spending cuts, known as the sequester, is set to take place if Congress does not take action. Education and employment are two areas that would take a major hit.

According to a White House press release, 2,700 schools would lose Title I education funds if the sequester happens. The spending cuts could prevent numerous students from taking advantage of afterschool programs, individual instruction, and other programs that aim to reduce achievement gaps. There would also be a reduction in Head Start and Early Head Start services for approximately 70,000 children, leading to diminished access to early education. CBS News reported Education Secretary Arne Duncan's thoughts on the sequester's education cuts: "...Any time we have fewer children in Head Start, fewer poor children, fewer children with special needs getting the services they need - none of that's good for children or families, or ultimately for the country."

Education cuts from the sequester could also mean a loss of thousands of teaching jobs. The press release revealed that about 7,200 special education teachers and other instruction staff would lose federal support, and Title I funding cuts would place an additional 10,000 teachers and aides at risk of unemployment. Additionally, reductions in Head Start programs could cause school systems, small businesses, local governments, and community and faith-based organizations to lay off more than 14,000 teachers, teacher assistants, and other staff.

Education is not the only sector that needs to prepare for potential spending cuts. As the press release mentioned, the sequester could also lead to a significant loss of jobs and job creation in other areas of the economy. For example, the Economic Development Administration would likely have increased difficulty in utilizing private section resources for job creation projects, resulting in a potential loss of over 1,000 new jobs. Furthermore, individuals currently taking advantage of Emergency Unemployment Compensation could experience up to a 9.4 percent reduction in benefits, coming out to an average loss of over $400 for people who have been unemployed long-term.

Connie Bertram, a labor and employment lawyer, commented in CNBC that the sequester could have a long-term impact on companies that may end up shutting down entire areas of their production. The impact on laid-off workers would also be severe. As Dave Kurtz, a partner in Edwards Wildman's Labor & Employment group, stated, "Workers laid off will likely go into their savings if they have any or use their retirement funds to live and lose their health benefits."

So what does Congress need to do to prevent the sequester from taking effect? As Democratic Senator Tim Kaine asserted in CBS News, compromise is essential. Legislators need to work together and come to an agreement that involves both tax increases and selective spending cuts. Kaine argued, "If we can find a balanced package in the Senate that gets some bipartisan support, we can avoid the sequester cuts."