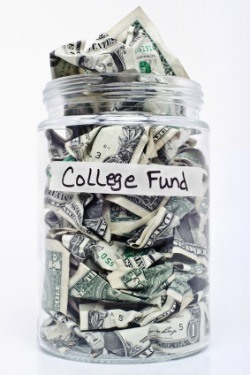 Beginning next year, Seton Hall University, a private Catholic school in New Jersey located less than 15 miles away from New York City, will give more than a $21,000 tuition discount to incoming freshmen who achieve certain academic standards in high school, reported NJ.com.

While the plan is appealing to many, national education experts worry that it will accelerate financial aid awards based on academic merit rather than need.

"There's only so much money, and at the end of the day every college needs to make decisions about who they'll subsidize," said Patrick Callan, the president of the National Center for Public Policy and Higher Education, to The Wall Street Journal.

Seton Hall's current tuition is $31,440 per year. Next year, eligible freshmen will only pay $10,104 (room and board and associated fees aren't included), an exact match to the in-state tuition rate at Rutgers University, a public New Jersey school. To qualify, students must graduate in the Top 10 percent of their high school classes and have an ACT score of 27 or higher, or a combined score of at least 1,200 on their math and reading SATs with no less than 550 on each section. They'll still be eligible for additional aid.

These students will receive the reduced rate each of their college years as long as they maintain a 3.0 grade point average. They will, however, pay the annual tuition increase, typically 3 to 5 percent.

"This isn't a scholarship--it's a guaranteed tuition rate," McCloud said to The Wall Street Journal. "There's no competition, there's no variability--the stress is taken out."

If the policy had been in effect this year, about 16 percent of freshmen would have qualified.

The program raises concerns among education experts that colleges are moving away from the original intent behind financial aid: to help those who can't afford it to obtain a higher education.

Studies by the National Association for College Admission Counseling showed that in the mid-1990s, most colleges provided financial aid based only on need but, by 2007, about as many provided it based on perceived academic or other merit, The New York Times reported.

"The most elite institutions in the United States have historically had policies that they would not give aid for any reason other than financial need," said Jerome Sullivan, executive director of the American Association of Collegiate Registrars and Admissions Officers. "But there were always exceptions, and since the '80s, you've seen more and more schools shift away from that. It's all about competing for the best students."