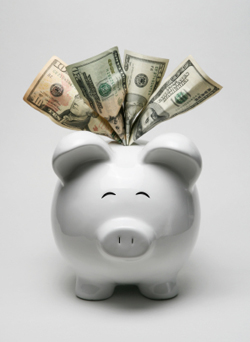 In a bold and unheard of move, the University of the South--more commonly referred to as Sewanee--announced that it would diminish the Chivas Regal effect by lower its tuition costs for the coming year.

According to The Washington Post, the private liberal arts college in Tennessee will reduce the cost of tuition, fees, room and board by 10 percent next school year. Currently, the cost to attend is around $46,000, but with the lower tuition, the price will go down to approximately $41,500.

"We're reducing the price for everyone," said Sewanee President John M. McCardell Jr. "And we hope, as a result, even more top students will appreciate the simplicity and honesty of our process."

Indeed, The New York Times pointed out that lowering tuition was a strategic move to attract prospective students. With an acceptance rate of just under 24 percent, in the past two years, the institution has lost 46 students to the University of Georgia; 39 to the University of Tennessee; 37 to the University of Virginia and 28 to the University of North Carolina. With the lower tuition costs, noted The Chronicle of Higher Education, Sewanee will be closer to Georgia's average cost for out-of-state students, which was slightly more than $35,000 this year.

Furthermore, McCardell explained that he wants to stop the vicious cycle of increasing tuition and aid.

"Higher education is, as you undoubtedly know, on the verge of pricing itself beyond the reach of more and more families," said McCardell as quoted by The Washington Post. He further defended the move to The New York Times: "The university has made a bold and perhaps risky move. But given the realities of higher education in the current economy, we believe that some college or university needed to step up and say, 'Enough.'"

With the price cut, Sewanee is expected to receive about $6 million to $8 million less over the next three years. Some question whether this is an act of desperation. However, with many other small liberal arts colleges facing the same challenges, McCardell is confident that Sewanee made the right decision.

According to The Washington Post, McCardell answered questions online and assured his audience that Sewanee is at a strong enough position where it can do something like this. Furthermore, he added that the change will not result in faculty and staff layoffs, pay freezes or program cuts.

"We can afford to do [this] because, first of all, this is a strategic investment," he said to The Chronicle of Higher Education. Additionally, he hopes that the decision will inspire not only applicants but also donors.

While private colleges have cut tuition in the past, Sewanee is more nationally prominent than most, if not all, of those schools. As The New York Times pointed out, some colleges froze tuition, but no other school has reduced its costs this year.