Should Colleges Charge a Lower Tuition for Certain Majors? 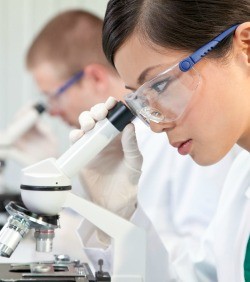 In the midst of an economic downturn, tuition increases are becoming the standard for many colleges and universities across the nation. However, students of certain majors may soon experience the opposite effect in their tuition.

According to The Atlantic, a task force commissioned by Florida Governor Rick Scott is proposing a measure that would make public universities in the state charge lower tuition to students of high-demand majors, particularly those in the STEM fields, in order to attract more students to those fields. The proposal would also establish a three-year tuition freeze on "high-skill, high-wage, high-demand" majors chosen by the legislature. According to The Crimson White, which noted that the University of Alabama may also follow suit, the state legislature would select which majors qualify based on market demands.

Florida is not the only state contemplating selective tuition decreases. The Journal Gazette reported that Harrison College in Indiana has adopted an initiative that, starting January 2013, will reduce tuition by 10 percent for nine subject programs, including business management (B.S.), health informatics (B.S.), and paralegal (A.A.S.). Dr. Dennis Trinkle, provost of the school, explained the reason behind the initiative and the subjects selected: "We know, for example, that there are hundreds of jobs available today in Health Informatics that are going unfilled because Hoosiers lack the education to fill those jobs....We want to do our part to make sure Indiana's workforce is appropriately educated so that we can keep those jobs in the state and, hopefully, help attract new employers to Indiana."

As The Atlantic noted, some may find this legislation unfair -- why increase financial strain for students of majors that already typically render lower-paying careers than the majors targeted in the measure? However, Dale Brill, chair of the task force assigned to the proposal, reasoned that the state should spend more on students most likely to help Florida's economy grow after they graduate. He added that the initiative will encourage students to take career prospects into consideration when choosing a major: "The tuition differential will increase the probability that there will be some introspection about careers and livelihoods."

The question is -- is the proposal necessary? And if passed, will it achieve its intended goals? The Atlantic cited information from the National Science Foundation, which revealed that Florida is behind most other states in graduating students in STEM and math-heavy social sciences fields. However, this could also be due to the fact that Florida's high school students tend to score poorly on math assessment exams. Furthermore, given Florida students' poor math performance, if the legislation is successful in luring more students to STEM fields, these students might fail out of the targeted subjects.

As The Atlantic projected, if the proposal is crafted well and has the right selection of majors, Florida's Governor and the task force may achieve their objective of putting Florida's college grads on career tracks that are in high demand.

"Tuition based on major may become aspect of future," cw.ua.edu, November 5, 2012, Chandler Wright