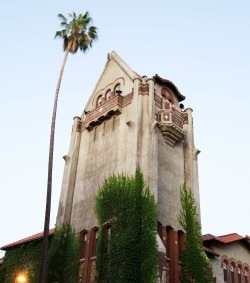 San Jose State University announced that it has partnered with online education startup Udacity to launch a pilot program that would offer college courses for credit to SJSU students as well as non-university students.

According to SJSU Today, the pilot program between the university and Udacity, called San Jose State University Plus, will offer three courses that almost every college student must successfully complete—Intermediate Algebra, College Algebra and Introductory Statistics. In addition to being critical classes for most, if not all, students, they are also entry-level classes with high failure rates. As The New York Times reported, SJSU provost and vice president for academic affairs Ellen N. Junn pointed out that more than half of the students entering the California State University cannot meet these basic requirements.

“They graduate from high school, but they cannot pass our elementary math and English placement tests,” Junn told The New York Times.

In a somewhat similar vein, MOOC provider Udacity has suffered from high dropout rates. Though some students sign up out of curiosity and end up dropping out of the course, others may need more academic support. Both Udacity and SJSU hope that revamping these courses will help students become more engaged and succeed in their chosen major as well as provide insight on how to decrease drop out/failure rates. Courses will be designed by San Jose State professors and in addition to its online platform and technical expertise, Udacity will also help monitor classes and provide mentoring services to encourage students and hopefully prevent them from falling behind or dropping out.

The experimental pilot program will offer the three mathematics courses for university credit at $150 per course, which is far less than the usual cost for a credit-bearing university course. Registration began January 15 and classes will start later this month.

Though Udacity typically offers massive open online courses, this pilot program will be slightly different. Instead of catering to a mass amount of students, the classes will be limited to 100 students per course, half of which will be SJSU students and the other half non-SJSU students. Priority enrollment will be given to those who might have a hard time gaining admittance to the university—high school students, community college students, members of the military, veterans and waitlisted San Jose State students.

With funding from the National Science Foundation, data will be collected in order to assess students’ progress as well as the pilot’s outcome. If the pilot is a success, Udacity CEO Sebastian Thrun told The Oakland Tribune that for-credit courses could be available to any high school or community college student as early as this summer. However, if it fails—say because not enough students pass the courses—Udacity will have to come up with a different concept.

According to Inside Higher Ed, this partnership comes at a time when California Governor Jerry Brown strongly encouraged public institutions to consider expanding online education efforts, particularly for remedial courses that are in high demand and fill up fast. In Brown’s recent budget proposal, both the CSU and UC systems would get $10 million to increase online course offerings. Earlier this year, Brown personally reached out to Thrun for help with such efforts. Thrun hopes San Jose State University Plus will help bring education leaders one step closer to a solution.

“By providing engaging, accessible and affordable classes, we are studying whether this pilot offers a new pathway to credit for students currently shut out of the higher education system,” said Thrun in SJSU Today. “…We have much to learn, but are excited by the potential this partnership represents.”