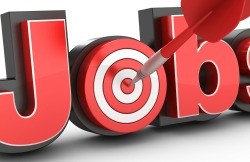 Optimism among U.S. small businesses inched up in February, continuing its ascent from a two-and-a-half-year low in November, Reuters reported. The increase in outlook came at a time when businesses prepared for about $85 billion in government spending cuts that were slated to start March 1. Unfortunately, as UPI revealed, optimism is still historically low, as companies struggle to find qualified workers.

The National Federation of Independent Businesses' monthly Index of Small Business Optimism increased 1.9 points last month, reaching 90.8, which, according to the report, "remains on par with the 2008 average and below the trough of the 1991-1992 and 2001-2002 recessions." The report added that "[t]he direction of February's change is positive, but not indicative of a surge in confidence among small business owners."

The portion of small business owners who said they couldn't fill jobs increased from 18 to 21 percent, NBC News noted. One-third said only a few or no qualified individuals had applied for open positions. This was despite 236,000 new jobs being created last month and the jobless rate dropping to 7.7 percent. If unemployment reaches 6.5 percent, the Federal Reserve might again raise interest rates.

RBC Capital Markets commented on the status of small business employment, stating, "…if most of what's holding back a faster improvement in the unemployment rate is structural in nature -- i.e., a skills mismatch that will only be corrected via retraining of the workforce and/or the gradual improvement in the housing market -- then the Fed is ill-equipped to deal with this problem. No amount of quantitative easing will make the gargantuan amount of unskilled labor supply more employable."

Overall, February was decent, Chief Economist Bill Dunkelberg said, particularly for private sector jobs. "Let's hope for a repeat performance," he added. "But until owners' forecast for the economy improves substantially, there will not be much of a boost to hiring and spending from the small business half of the economy."

"MARCH REPORT: Small Business Confidence Improves a Bit But Is No Sign of a Surge in Confidence," nfib.com