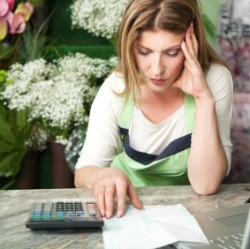 Small businesses will not receive the health insurance marketplace tailored to their needs that Washington promised them until January of 2015, one year later than expected. The Small Business Health Options Program (SHOP) was one of the Obama administration’s primary selling points for its Affordable Care Act, and involved giving small employers a selection of health plans to offer their employees through a state health exchange system. The delay in SHOP’s implementation has triggered much disappointment among the nation’s small business owners, and is attributable to multiple factors, including conservative state governments’ resistance to the program, and lack of federal organization surrounding the effort.

According to Bloomberg Businessweek, SHOP aimed to simplify and in some cases subsidize the employee health insurance process for small business owners. To date, 17 states and the District of Columbia have created SHOPs for their resident small business owners. However, 26 states refused to develop a SHOP plan of their own, leaving the job for the federal government. Spreading the word and extending adoption of the program across more states was crucial for its nationwide implementation. On this front the Obama administration was not successful. According to The New York Times, small business owners in many states will only be able to offer their employees one very limited health care plan if they decide to use the federal government’s exchange system.

In a statement cited by USA Today, the Department of Health and Human Services explained, “For transitional purposes we have proposed that in 2014, a SHOP may elect to have businesses choose one plan to offer employees, and in 2015 employees will be able to choose from the full range of options in the Marketplace.” Regarding the delay, the administration cited “operational challenges” and the need to “additional time to prepare for an employee choice model,” wrote The New York Times.

In reaction to this announcement, individuals and organizations alike voiced their discontent. For example, the Chamber of Commerce stated that the health insurance currently available for small businesses through the government’s health exchange “will be of little or no value to employers, or by extension, their employees. […] We believe that as employers assess whether or not to offer coverage to their employees, the more flexibility that they have in deciding how and what to offer, within the confines of the law, the more likely employers will continue to offer health care coverage.”

Politicians who supported the Affordable Care Act were also unhappy. Louisiana Democrat Mary L. Landrieu, who is also chairwoman of the Senate Committee on Small Business and Entrepreneurship, told The New York Times that the delay of SHOP’s implementation will “prolong and exacerbate health care costs that are crippling 29 million small businesses.” And small business owner Chuck Traywick told Bloomberg Businessweek, “Most business people, if [the government] tells them what the rules are, they’ll deal with it. […] They’re not telling us what the rules are. They don’t know themselves.”