Small Signs Of Hope For Attorneys 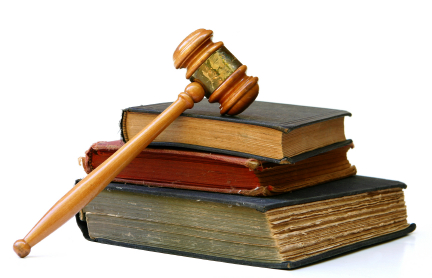 While the recession is still hammering law firms, there are some hints that recovery is on the way.

Law.com reports that in Georgia, legal jobless claims fell 15 percent since June, although they were still much higher than in December 2007. Overall, 3,117 Georgia lawyers and legal staff filed for unemployment last year--57 percent more than in 2008.

"The rate of worseness has slowed," noted Thomas Smith, a labor economist at Emory University who was quoted by Law.com. "Things are not getting worse at the same rate as they were before, but I'm not seeing that things are getting better."

"It's not getting any worse," agreed Desha D. Dardenne, managing director in charge of associate placement as Major, Lindsey & Africa, who was interviewed by Law.com. "There has not been a drastic improvement, but there are little glimmers of hope. There are some positions out there--real positions where firms are actively interviewing and they're actually hiring. But those are few and far between. It's not what it had been in the past. The bulk of people laid off are in practice areas that are not picking up--real estate, finance, capital markets and mergers and acquisitions."

Meanwhile, the recession has clearly not deterred law students. The Tennessean reports that more than 650 people signed up for admission to the Belmont School of Law, which will open in 2011 with 100 students. Yet the National Association for Law Placement found that in 2008, 89 percent of law school graduates were employed--the lowest placement rate in years. And 2009 is expected to be worse.

But some attorneys remained hopeful. "We're getting activity like we've not seen in the past 14 months," noted Pam Koerner, whose firm recruits for top law firms throughout the country. "By the time the Belmont law school opens, the economy should be better, and hopefully, the law firms will be hiring and corporate 'hiring freezes' will be lifted."

Koerner told the Tennessean, however, that presently firms are gravitating more towards lawyers with at least two years of experience rather than hiring new law school graduates.

Nevertheless, law school continues to be a popular choice. The Houston Chronicle reports that despite a 16.5 percent increase in tuition that was just approved at the University of Houston's law school, students understand the need to pay more.

"The overwhelming response from the student body is, we need to preserve the rankings and get better," said Erin Ferris, a third-year law student who was quoted by the Chronicle.

Law school officials expressed optimism as well. "My guess is that the market, when we're graduating our first class in 2014, will be better," said Jeffrey Kinsler, dean of the new law school, who was quoted by the Tennessean. "It's hard to imagine how it could be worse."