Smith College Applicant Rejected on Account of Her Gender 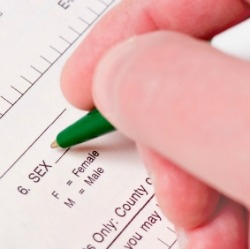 A private, Connecticut women's liberal arts school, Smith College, returned an application to a transgender student based on the finding that she was technically male and not female, according to MassLive.com. That student, Calliope Wong, made a post on her Tumblr blog about the rejection and her difficulty in pursuing an education at a college that she deemed desirable.

"Smith College sets the bar for transwomen applicants impossibly high," she wrote on her Tumblr blog. "Transwomen are most likely not ready for surgery at 17 or 18, the typical age of a college applicant. It's a monumental personal decision that usually arises from years of introspection and deliberation."

"From what I understand, Smith College will only evaluate me as a 'real' girl if I get sex reassignment surgery," Wong noted on her blog. "If I understand Smith correctly, this is perhaps the most obscene of rights violations that I have ever witnessed from a school."

USA Today indicates that many states, including Connecticut, require a court order or doctor's letter indicating that a sex change has occurred through surgery. Yet, the Smith College website indicates the school has a diverse student body including students "who identify as transgender" and that every application, including those from transgender students, is reviewed on a case-by-case process.

"With regard to admission, Smith relies upon the information provided by each student applicant," the Smith College website notes. "In other contexts, different definitions and requirements may apply."

Wong indicated on her blog she'd felt misled by Smith's Dean of Admission, Debra Shaver, who'd suggested her application would be evaluated fairly when she said, "It seems to me that if your teachers provide the language you suggest, all your pronouns would be female and therefore consistent with what Smith is expecting." Wong explained Shaver had mentioned school papers and transcripts but never the FAFSA.

Since the rejection, Wong has received support from Smith students, which she described to The Huffington Post as "overwhelming." A Facebook group, Smith Q&A, has been posting photos of women holding signs with phrases like "Transwomen Belong at Women's Colleges" and "Trans ladies belong here!" An organizer for Smith Q&A and current transgender student at the college called Wong's situation sad.

"It breaks my heart that there is room at Smith for me, a transmasculine person, but not for Calliope, who identifies as a woman," the student added, "I see my work with Q&A as an attempt to make Smith a space where transwomen can be supported as students and as people, both administratively and by the student body."

Wong is seeking support for her transgender cause and asking others to speak out.

"Help me to change what's wrong," she wrote on her blog. "Spread this message around however you can. And if enough people care, then Smith and other women's colleges may finally be possible for transwomen like me."