Social Interaction Is Not Always Necessary In Online Education 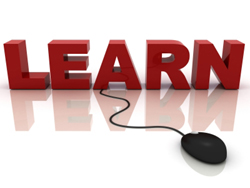 As more colleges embrace online education, many question how much a student can actually learn by sitting in front of a computer screen. While distance learning can be beneficial economically, can students grow--academically and personally--without face-to-face interaction with instructors and peers? According to education officials at National-Louis University, the answer is yes.

As The New York Times pointed out, the popularity of online education has exploded in recent years. More than four million students took a college-level online course in fall 2008, an increase of 17 percent from fall 2007. At the University of Florida, 12 percent of resident students are earning credits online this semester. That number is expected to grow to 25 percent by 2015.

The Chronicle of Higher Education reported that the University of California is also exploring the benefits of online education. Though the UC system is not yet ready to adopt an online degree program, it has begun looking for 25 faculty volunteers to develop and teach online courses for a pilot program that could pave the way for widespread online classes at some of California's most selective public institutions. In January, a faculty-appointed review committee will choose participants from across the UC's 10 campuses and the UC Online Instruction Pilot Project is slated to start in the 2011 academic year.

According to The New York Times, online education usually serves older, non-traditional students who cannot attend traditional college classes. However, because of declining state funds, many universities have begun offering more online instruction as it allows them to serve as many students as possible without having to expand facilities. For example, Professor Mark Rush teaches Principles of Microeconomics at the University of Florida to 1,500 undergraduates--no lecture hall could possibly accommodate all his students.

While online classes help cash-strapped universities, some argue that the lack of face-to-face interaction can be a drawback. "When I look back, I think it took away from my freshman year," said Kaitlyn Hartsock, a senior psychology major at Florida who took two online classes during her first semester. Another student said the online format frustrated her. "It's all the same. No comments. No feedback. And the grades are always late," she complained.

However, Inside Higher Ed pointed out that while online students do not want to feel isolated, they also do want feel the need to see their instructors, interact with peers or make friends.

In a limited study of 65--mostly graduate--students, university officials found that students cared more "that their instructors clearly communicated the expectations and requirements for a class and responded in a timely manner to their questions". They cared less about real-time chat sessions, face-to-face video chats, and getting to know their peers.

Amy Garrett Dikkers, assistant professor of education policy at the University of North Carolina at Wilmington, explained that while many people believe social media can improve engagement--and thus retention and learning outcomes--online education caters to so many different types of students that the results are bound to vary. For instance, someone getting an online degree in accounting may not care about logging in to chat with the professor and other classmates, while a student in humanities may have better learning results by discussing ideas in length with peers. Dikkers pointed out that online instructors need to determine whether social interaction is really necessary.

Furthermore, Joe Glover, University of Florida provost, told The New York Times, "Quite honestly, the higher education industry in the United States has not been tremendously effective in the face-to-face mode...At the very least we should be experimenting with other modes of delivery of education."

"Learning in Dorm, Because Class Is on the Web," NYTimes.com, November 4, 2010, Trip Gabriel