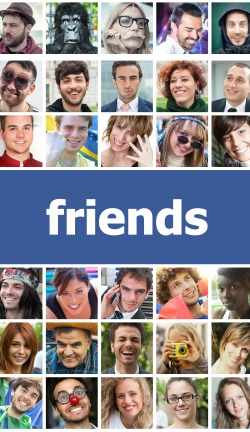 By now, many of us know we should be mindful of what we post online, especially when job hunting, since a growing number of employers and recruiters are using social media sites to find out more information about applicants. A recent study, however, suggests that employers are looking at more than just those questionable weekend photos and may be consciously or unconsciously using that information to discriminate.

According to a press release, researchers from Carnegie Mellon University conducted experiments to examine the impact that information posted on social media sites by job applicants can have on employers' hiring decisions. Numerous surveys have found that recruiters and employers have been conducting their own online research on applicants. This study, however, is said to be the first to use controlled experiments to look at how social media profiles actually affect hiring decisions. Researchers focused on the effects of religion and sexual orientation, characteristics that some federal and local laws prohibit employers from using when making hiring decisions.

The Wall Street Journal reported that the CMU researchers submitted more than 4,000 carefully created fictitious resumes to posted job openings from private firms across the U.S. Each resume used a unique male name so that web searches would lead viewers to Facebook profiles that were created based on realistic users. For example, researchers made sure privacy levels were in line with a typical Facebook user so that an unusual amount of information was not made public. This included subtle cues such as strategically selected cover photos to reflect applicants' interests as well as information on activities, interests and favorite quotes, some of which implied religious affiliation or sexual orientation. Professional LinkedIn profiles were also created for a more realistic online presence. Each resume was made to be associated with a fake Facebook profile that suggested the person was Christian or Muslim or gay or straight.

According to The Wall Street Journal, the study showed that applicants whose Facebook profiles indicated that they were Muslim were less likely to be called for interviews than applicants whose Facebook profiles suggested they were Christian. The researchers did note that in some cases, the difference was not statistically significant, since some employers were not offering interviews to any applicants. The difference in callbacks was significant, however, in the 10 states -- Alabama, Arkansas, Idaho, Kansas, Kentucky, Nebraska, Oklahoma, Utah, West Virginia and Wyoming -- that were most strongly conservative during the 2012 election. Online disclosure regarding an applicant's sexual orientation, on the other hand, had no detectable impact on hiring decisions.

The press release noted that the data should be interpreted as correlational rather than causal. Still, the findings are alarming, since it does suggest that revealing certain characteristics -- or even just implying them -- online can lead to discriminatory behavior by employers.

"Employers' use of online social networking sites to research job candidates raises a variety of notable implications, since a vast number of job candidates reveal personal information on these sites that U.S. employers can't ask in an interview or infer from a resume," said Alessandro Acquisti, associate professor of information technology and public policy at Carnegie Mellon and one of the study's authors, in the press release. Acquisti also noted in The Wall Street Journal that technology has made it much easier for employers to access this kind of sensitive information at any given time during the hiring process.

Employment experts said the results show that companies need to be more careful about allowing interviewers and hiring managers to look up candidates online.

"I advise employers that it's not a good idea to use social media as a screening tool," explained James McDonald, a partner at Fisher & Phillips LLP who specializes in employment law, in The Wall Street Journal. "You need to control the information you receive so you're only getting information that is legal for you to take into account."