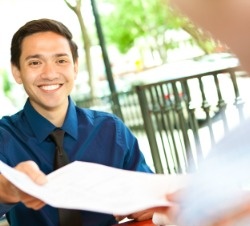 From LinkedIn to Facebook to Pinterest, social media has gained considerable publicity as a way to network with professionals and find jobs. While it may be an important tool, career experts have shown and studies have recently illustrated that offline networking is still an essential element of the job hunt.

As reported by Fox Business, a study conducted by Millennial Branding and Beyond.com found that 92 percent of job seekers ages 18 to 29 hunt for jobs exclusively online. Furthermore, job hunters across all age groups have turned to online job searches and job boards as their primary resource. At the same time, however, the National Association of Colleges and Employers found that less than half of recent college graduates who have applied for jobs actually received offers as of June 2012, reported The Huffington Post.

The significantly high percentages of job seekers who operate primarily or exclusively online, in conjunction with disappointing hiring rates for the demographic that uses online networking the most, have prompted several experts to point out that people should not neglect the importance of in-person networking and using the connections they already have. “To find a job in today’s economy requires the effective use of both online and offline strategies,” said hiring expert and Career Accelerator Program founder Bob Prosen to Fox Business. He adds that “[r]elying solely on online methods significantly reduces your chances of getting hired.”

Career experts attribute the upsurge in online networking and job hunting to the ease of internet searches, and job seekers’ desire to avoid intimidating in-person meetings with potential employers. “The reason people are maybe neglecting it is that Internet networking is so much easier,” Monster.com senior editor Charles Purdy told MarketWatch. Other individuals might simply be reacting to a job market that seems to prefer the impersonal online resume submission over a more personal and time consuming phone call or in-person meeting. Job seekers’ reluctance to actually talk to professionals in their field of interest, however, ultimately works against them. Dan Schawbel of Millennial Branding emphasized this fact when he commented to Fox Business, “...[W]hat’s forgotten is that the person hiring you is a real person, not a machine. That human element is still there and that’s why people should still network offline.”

One of the central aspects of offline networking is taking stock of the connections you already have--that is, people whom you’ve met face-to-face and actually interacted with. These connections--often college professors and alumni, friends, family, and friends of family--have enormous value, noted The Huffington Post. For example, professors often stay in touch with students who enter many different career fields, making them excellent resources for a recent graduate. In addition, school friends and alumni are often happy to talk with people about how and why they entered their particular field of work.

While social media should not serve as a substitute for actually talking to and meeting professionals and potential employers, one should still use online media as a supplement to their in-person networking connections. For example, personal blogs or a website that illustrates one’s skills and interests can serve as conversation springboards during an in-person meeting, Fox Business pointed out. In addition, internet job searches are useful in that they can help people identify companies and departments that fit their experience and desired career paths.

The benefits of offline networking are both long-term and immediate, experts say. Taking the initiative to meet with people in-person displays confidence and competence, and also helps employers to remember you during the actual hiring process. “People start to know what you’re looking for and then when the opportunity comes up, they’ll think of you,” Shawbel said in Fox Business. In addition, Kimberly Baker, a manager of career services at Bryant & Stratton College Online, stated that “[s]peaking with professionals in your industry of interest will help you learn how to ‘talk the talk,’ which will help you showcase your knowledge in an interview situation.”

"How in-person contact can win you the job you want," articles.marketwatch.com, October 5, 2012, Ruth Mantell