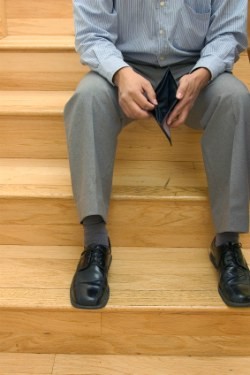 About 93,000 Californians will lose their extended unemployment benefits after May 12 because the state will no longer meet the federal standard for the aid.

"When the economy starts to improve, the extensions are designed to go away when the jobs are easier to come by," Loree Levy, spokesperson for the state's Employment Development Department, told Fox40.

Those affected have been drawing unemployment the longest--79 weeks--and currently are receiving assistance via the Federal-State Extended Duration Program, or FED-ED, The Orange County Register reported. This last extension of benefits provides 20 weeks of pay.

The state EDD sent notices over the prior three weeks to those whose benefits will end.

For a state to qualify for federal funds to use for unemployment pay, its average jobless rate for the previous three months must be at least 110 percent higher than the same period in the prior three years. California recently failed to meet this threshold, as its jobless rate fell and remained at only 108 percent higher for three consecutive months.

"If that's the criteria, I question it because we were in a really bad spot and even though we're up somewhat from that, the rate is still pretty high," Alan Gin, a professor of economics at the University of San Diego told U-T San Diego. "So that's kind of a flaw, I think, in the system."

Currently, the state's unemployment rate is 11 percent, the third highest in the U.S., with about 1.1 million residents collecting unemployment.

After the cutoff date, jobless benefits will drop from 99 to 79 weeks for most out-of-work Californians, noted The OC Register. About 100,000 people who, under previous circumstances, would be eligible for FED-ED later this year won't be able to get it. Furthermore, come September, the maximum 79 weeks of unemployment benefits will be lowered to 73.

"I do think that's unfair because we just lost our job," Phillip Hazard, who was laid off from his job as a utility meter reader, told Fox40. "We should get the same amount of time as they get."

The maximum differs, however, for workers laid off after June, The OC Register indicated. Those individuals will only have 26 weeks--the state's standard--of benefits available to them because, per Congress, extended jobless benefits end December 31 of this year.

"[They] need to understand that, come July, they will not be eligible for these extensions," Levy said in The OC Register.

Along with California, seven other states will lose their FED-ED funds Saturday and 15 additional states already did in April, noted the U-T San Diego.

If California's jobless rate creeps back up and stays there, meeting the standard, the state could in three months again become eligible for FED-ED.