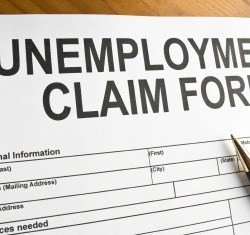 Furloughed federal employees who collected unemployment insurance during the recent government shutdown will have to pay back those benefits. Some, however, will be allowed to keep the money, despite getting retroactive pay from the federal government.

According to Federal Times, some 400,000 federal workers who were furloughed during the 16-day government shutdown are set to receive back pay for the days they were not working. Many, however, filed for and received unemployment benefits and in several states workers will be allowed to keep both paychecks.

"States will have to use the guidance we provide and apply it to their own state (unemployment insurance) laws," explained Jason Kuruvilla, a spokesperson for the U.S. Labor Department in SFGate. "Some will make them pay it back, some will allow them to keep it."

As Federal Times pointed out, this will add to the untallied costs in lost productivity and other government revenue that taxpayers will face due to the shutdown. Federal Times noted that the Labor Department was not able to provide an estimate of how many states would allow workers to keep both checks. Kuruvilla told SFGate that he suspects some states may find it too troublesome to track down federal employees who received benefits and could end up letting them keep the money.

Oregon is an example of a state where furloughed federal workers will be permitted to keep their unemployment insurance as well as back pay. Tom Fuller, a spokesperson for the Oregon Employment Department, told Federal Times that the state has a rule which allows furloughed employees to collect unemployment benefits if they are not sure they will receive back pay and if there is no set date for them to return to work. In the case of the recent shutdown, it was initially unclear whether federal employees were going to receive retroactive pay. Additionally, according to The Washington Post, the state's law permits any worker who was, for example, laid off temporarily but eventually repaid or who was fired but later won a wrongful termination lawsuit to keep UI benefits.

"Oregon law provides that if a worker is entitled to receive UI benefits and then receives back pay, the worker is still entitled to the UI benefits. This applies to all workers regardless of whether they worked for the government," read a statement that was on the state's Employment Department website and quoted by The Washington Post.

At least four states plan to collect UI benefits from federal workers. Those states include Washington, Illinois, Virginia and Idaho.

In Washington, some 900 federal employees collected UI benefits from the state, amounting to total payout of about $500,000. The state is currently working with federal agencies to try to recoup the money from employees' retroactive paychecks.

In Illinois, at least 577 federal workers will have to repay more than $230,000 to the state. According to the Chicago Tribune, workers who do not pay the state back will lose part of the tax refunds. Those who are unable to repay the amount in full will have a chance to create a repayment plan.

About 191 Virginia furloughed federal workers owe the state $64,836 in UI benefits, according to The Washington Post. The state plans to send letters to those UI insurance recipients, but has not stated when.

Letters will also be sent to 465 federal workers in Idaho today. That state has not tallied the total amount of UI benefits to be collected.

"Some federal workers may get extra money for not working during the shutdown," washingtonpost.com, October 23, 2013, Niraj Chokshi, http://www.washingtonpost.com/blogs/govbeat/wp/2013/10/23/some-federal-workers-may-get-extra-money-for-not-working-the-shutdown/