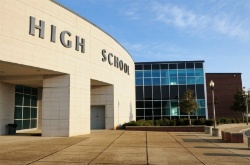 A growing number of high school students are opting to graduate in three years, instead of the typical four, and are being offered state scholarships as an incentive to graduate early.

As reported by The Wall Street Journal, such scholarships are available in Indiana, Minnesota, Utah, South Dakota and Idaho, while 24 other states allow early diplomas for those students who earn required credits. Such programs, say supporters, help to cut education spending for states and eliminate "senioritis," a time when some students slack off on learning.

"Nowadays we have CEOs in their 20s," explained Nicholas Myers, 18, who finished high school in three years and was interviewed by the Journal. "If I get out a year early, that's a year extra of pay, and that's a year earlier of retirement. That's a whole year of my time that I can do whatever I want--make some money, invest some money or just relax."

But critics question whether students are emotionally ready for college work at such a young age. Purvi S. Mody, co-owner of Insight Education, a California-based educational consulting firm, noted in the San Jose Mercury News that starting college a year early is not the best choice for everybody.

"One year may not seem like much of a difference in terms of maturity," she wrote in an answer to a parent asking about the three-year high school option, "but the differences are stark in late adolescence and early adulthood. Your son needs to demonstrate maturity beyond his years. Colleges will want to know that he can handle the independence and life that comes with being a college student."

Moreover, The Wall Street Journal reported that according to a study last year by the Boston nonprofit Jobs for the Future, students who graduate high school early may have a more difficult time being accepted to competitive colleges. Such schools often like to see that applicants completed Advanced Placement and college-level courses. Students who complete high school early may not have time to take such classes.

In a related story reported by DNAinfo.com, some high schools are expanding the ways that students can earn college credits. Beginning this fall at Truman High School in the Bronx, New York, for example, students will have the opportunity to earn as many as 60 credits and an associate degree before graduating.

"It is a revolutionary program," said Kimberly Cline, president of Mercy College, which will help the high school students earn college credit. By graduating high school with an associate degree, she said, "you could get a four-year degree in two more years, get a master's degree, or start working."