Some Starting Salaries Have Dropped 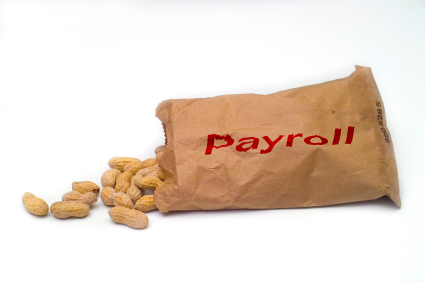 More college graduates are landing jobs, but the salaries are often not nearly as high as they used to be.

"Companies are more worried these days about margins, profitability, and they are cutting costs across the board," said Randy Miller, founder of the New Jersey-based online career counseling and coaching company ReadyMinds, who was interviewed by The Wall Street Journal. "Even though [workers are] qualified and have prior experience, the hiring department has been told to set a budget at a lower range. Everybody is more price-sensitive these days."

While starting out at a low salary can have long-term financial repercussions, college graduates appear to be more readily accepting the lower offers. A recent study by the National Association of Colleges and Employers found that 24.4 percent of the class of 2010 who applied for jobs will have employment waiting for them after graduation. Last year, just under 20 percent had positions lined up at the same time.

NACE attributed the change to college graduates' increasing realism about the job market. "A greater number of Class of 2010 graduates accepted the jobs they were offered," said Marilyn Mackes, NACE executive director, in a press release. "There appears to be a greater awareness of the economic realities among this year's graduates, and greater flexibility in the types of jobs they will consider."

In addition, many college graduates are accepting jobs that do not require bachelor's degrees, like retail clerks and office assistants. Andrew Sum, a professor of economics at Northeastern University, told the Times that only 51 percent of graduates under age 25 were working in jobs that required college degrees, compared to 59 percent in 2000.

"If you work in a job that doesn't require a college degree, you'll make 30 or 40 percent less," he said. "One reason a lot of high school grads are having such a hard time is you have college grads willing to take jobs that high school grads used to get."

Nevertheless, career experts are advising college graduates to make the best of the lower salaries while bearing in mind that this is what the current market is offering.

"It would probably be unwise to walk away from an offer if it's competitive. They should keep focused on the current economy, and not be distracted by previous income," said Hannah Riley Bowles, an associate professor at Harvard Kennedy School who was quoted by the Journal. "But that is hard to do emotionally."

"One-Quarter of College Class of 2010 Have Jobs Waiting," National Association of Colleges and Employers, May 6, 2010