Some Workers Being Rehired 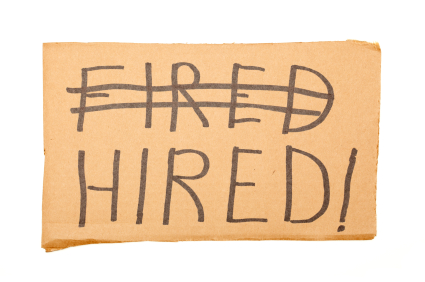 As budgets are reorganized and company outlooks improve, some laid-off workers are being rehired back to their old jobs.

In Tulsa, Oklahoma, Mayor Dewey Bartlett last week announced that he would rehire 92 police officers who were laid off months ago because of budget cuts. Fifty-nine will be brought back due to a high number of retirements, and the remaining 33 will also return because the Fraternal Order of Police Lodge 93 approved a new contract that includes various concessions.

"I was the 35th person down the list of people to be called," said Tiffany Sappington, a police officer who was quoted by Tulsa World. "I am very, very excited to have my job back."

Similarly, some school districts are rehiring teachers who lost their jobs. The Beacon-News in Aurora, Illinois, reports that the West Aurora School Board will today vote to rehire 25 laid-off employees. In March, 106 full-time and part-time teachers were laid off because of budget cuts, but pay freezes and other concessions allowed the district to rehire many of them back. If today's vote is approved, the total number of full-time teachers who were laid-off will be reduced to 18.

Meanwhile, as the company outlooks improve, some firms have been rehiring laid-off employees as well. But The Wall Street Journal cautions that returning to the same job is not always a good idea.

"I liken it to returning to an old flame," noted Jerald Jellison, a professor of social psychology at the University of Southern California who was interviewed by the Journal. "Is it really a good idea? Do you really want to be there?"

Ruth K. Liebermann, managing director of HR Insourcing in Boston, told the Journal that it's important to contact former co-workers who still work at the company to assess how things are doing now. "Contact your former boss and let him know that you're interested," she said. "Tell your boss what new initiatives you plan to bring, with the benefit of hindsight, and what new energy you have coming back."

Lynne Curry, writing for the Anchorage Daily News, adds that laid-off workers should be brutally honest about how they feel about returning. "Many of us leave jobs for a reason," she writes, "even when our employer fires us. Before you reapply for your former job, consider whether you honestly want to return to both the job and supervisor."

Career and Education News
Home >
News>
Some Workers Being Rehired