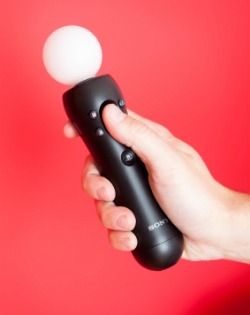 Video games as an educational tool is not an entirely new concept. However, Sony recently introduced a new video game controller that takes gaming and education to another level.

As reported by The Chronicle of Higher Education, last week the company released a new application for their PlayStation Move motion controller. The software, called Move.me, can be used to create tools for educational research and health and is free for educators and students with a .edu email address (for others, the cost is $99.99).

According to PlayStation.Blog, students and programmers can use a PC, the PlayStation Move motion controller, the PlayStation Eye camera and the PS3 system to access PlayStation's Move technology for development of non-game applications, such as apps for physical therapy, sports rehabilitation or education. A video posted by the company noted that 25 top scholars from various universities across the U.S. were given early access to the controller and software to test its potential. Katherine Isbister, Associate Professor of Computer Science and Digital Media at New York University Polytechnic Institute, and her team are working on an app that attempts to address math anxiety through movement.

"There's research that shows if you move more confidently, you feel more confident. So, we're interested in whether we can actually counteract math anxiety by having students play this game and move in a confident way," explained Isbister in the video.

Paint and Move is another application that was created by University of Central Florida PhD student Miko Charbonneau. The app is based on physical therapy--as patients go through the typical motions and exercises of physical therapy, the app shows them what they are doing and scores the completed task.

In addition to the new software, Sony also created a community page where researchers, students and programmers can discuss ideas and showcase the applications they create.

According to The Chronicle of Higher Education, Microsoft released similar software earlier this summer. The software works with Kinect, which is an add-on for the Xbox 360 console. It picks up on users' movements and voices via microphones and cameras, essentially making the user's body the controller.

Howard Jay Chizeck, a professor of electrical engineering at the University of Washington, noted that Kinect's ability to accurately read human movement gives it huge potential. Chizeck is working on a way to add a virtual sense of touch to telerobotic surgery to give surgeons more precision.