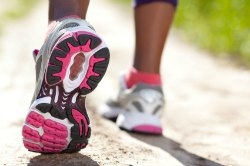 Spelman College plans to completely eliminate intercollegiate athletics at the end of this academic year to focus on health fitness for all of its 2,100 students. Only 80 students currently participate in school sports, which cost the historically black liberal arts women's college in Atlanta nearly $1 million, BET.com reported. The school decided a better investment would be to spend that money on the entire student body rather than a select few.

For its new wellness initiative, Spelman plans to refocus its physical education program on fitness activities career women are likely to keep up after graduation, replacing activities such as archery and badminton with running and yoga, according to Inside Higher Ed. Other plans include offering no-credit classes students enjoy like Zumba and hip-hop aerobics. Additionally, the college is working to raise $13 million to renovate its 50-plus-year-old gymnasium.

Spelman's president, Dr. Beverly Daniel Tatum, said these changes were motivated in part by her distress with the physical health of current students and graduates, according to BET.com. Black women's health in general is of concern. As noted by BET.com, according to the Office of Minority Health, more African-American women are overweight or obese compared to any other group in the country. Seventy-five percent are obese or overweight and, therefore, more prone to heart disease, strokes and other related conditions. About 25 percent of those who are older than 55 have diabetes.

"We say we are preparing [students] for their future lives, but when we think about our involvement in intercollegiate athletics or our activities in our physical education classes, those are not necessarily the things they're going to do after graduation," Tatum said in Inside Higher Ed. "We want them to live long and healthy lives so they can get the return on that investment they've made in higher education… We really see this as a life-saving activity that we are engaging in."

Last week Spelman solidified its decision by notifying the National Collegiate Athletic Association that it would withdraw from competition in May, The New York Times reported. Only one other college is known to have given up intercollegiate athletics completely -- New York City College of Technology in Brooklyn -- according to Erik Christianson, an NCAA spokesman.

"The beauty of higher education is that institutions specialize in all kinds of programs and activities," Lopiano said. "There are plenty of schools that offer intercollegiate athletics programs, where kids can go if that is important to them."