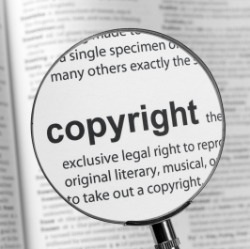 An embattled university president. Angry faculty and students. A legal game of tug-of-war. What may read a bit like a judicial drama is a reality for one St. Louis university, where general counsel and faculty are debating whether a survey is an expression of free speech or, in fact, copyright infringement.

Saint Louis University is threatening a faculty group with a copyright infringement lawsuit if it publishes a supplemental survey on the climate on campus, reports the St. Louis Beacon. The legal scuffle follows months of tension between faculty and the school's president, the Rev. Lawrence Biondi. Faculty and student groups recently accused Biondi of creating a culture of fear on campus and passed a vote of no-confidence, recommending his termination to the board of trustees.

Last week, SLU released a campus-climate survey designed to address faculty discontent and to provide trustees with insight on the matter before its May meeting. The survey only generated more controversy, however, when professors claimed that the questions skirted the issue by only including one question directly addressing the president. All other questions simply addressed "the university."

"The intent of the climate survey is not merely to assess the climate of the university, but also to aid the trustees on what to do [at]...the May 4 meeting," Steven Harris, math and computer science professor and president of the school's chapter of American Association of University Professors, told the Riverfront Times. "Where are the questions on Biondi?"

Last Wednesday, the St.Louis Post-Dispatch reports, Harris announced that the AAUP would release its own, supplemental survey in which the phrase "the university," would be replaced with "the president." The next day, university general counsel William Kauffman sent Harris an email warning that SLU would sue the AAUP for copyright infringement if it releases a survey with only slightly modified questions.

"I was absolutely shocked," Harris told The Riverfront Times. "This is…the same sort of harassment and climate of fear that we've all been talking about."

Robert Kreiser, senior program officer of the AAUP in Washington, told the St. Louis Beacon that he finds the university's actions "remarkable, incomprehensible and almost bordering on unconscionable."

"I've never come across anything like this," said Kreiser.

According to the St. Louis Post-Dispatch, Harris met with Kauffman to discuss the matter, who said the university would not step back from its legal threat against the AAUP. Later that day Harris filed a complaint with the American Civil Liberties Union asking for legal support for what he characterizes as SLU's attempt at prior restraint, which is a violation of freedom of speech that constitutes harassment.

"There is no way that any survey results could be nearly as damaging to the university's reputation as what the university counsel is trying to do by suppressing the survey," Harris told the St. Louis Beacon.

The St. Louis Post-Dispatch reports that as of Monday, Harris had not yet heard back from the ACLU. He told the publication that he has met with other faculty members of the AAUP to discuss Kauffman's warning, and that they are generally "still in favor" of releasing the survey. SLU has thus far declined to comment on the issue.