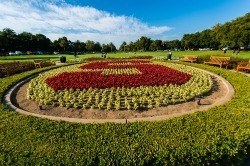 The New York Times reported that Martoma had graduated from Stanford Graduate School of Business with a master's degree in business administration in 2003, but Stanford officials confirmed last Wednesday that he no longer had a degree from the university. Stanford did not strip the graduate of his MBA because of the crime, however. Evidence that was revealed in court filings showed that Martoma had been expelled from Harvard Law School in 1999 for forging his transcript. Stanford Graduate School of Business requires that all prospective students disclose information regarding any academic disciplinary actions, including suspensions and expulsions. A person familiar with Stanford's admission process noted that an applicant who had been expelled from another university would encounter difficulties gaining admission. As part of its admissions policy, Stanford can revoke degrees or acceptance offers if a student's information is found to be inaccurate.

"What makes this possible is not that he was a convicted felon, but that he was admitted under false pretenses," explained a Stanford faculty member with knowledge of the situation to The Wall Street Journal.

Indeed, The Wall Street Journal pointed out that many elite business school graduates have ended up in scandals, such as University of Pennsylvania's Wharton School alum Raj Rajaratnam, former Galleon Group chief who was convicted of securities fraud, and Harvard Business School's Enron Corp. CEO Jeffrey Skilling, who is now in prison for insider trading. These executives, however, still hold their degrees.

Stanford spokesperson Barbara Buell declined to comment on Martoma's situation, citing privacy laws, but did state that Stanford is vigilant in maintaining the integrity of its admissions policies and procedures.

"Federal law (FERPA) prohibits Stanford from discussing the specific academic status of a former student," said Buell in Poets & Quants. "However, we take very seriously any violation of the integrity of our admissions process… Stanford's policy provides it can revoke an offer of acceptance and a degree, if it was found that an individual gained admission through false pretenses."

The issue had gone unnoticed for years. According to Poets & Quants, Martoma went to great lengths to cover up the transgression, including legally changing his name from Ajai Mathew Thomas to Mathew Martoma just before applying to Stanford. The issue came to light during Martoma's trial when an unsealed disciplinary report showed that he had used computer software to change some of his first-year law school grades. In February, Stanford sent a letter to Martoma asking for clarification regarding his original MBA application. Martoma was given two weeks to respond. His lawyers asked for a two-week extension, which was granted, but Martoma failed to respond by the new deadline, and Stanford revoked his MBA. According to The Wall Street Journal this seems to be the first time that Stanford has revoked a graduate's degree.

Losing his MBA degree may not be a huge concern for Martoma, however. According to The Wall Street Journal, he could be sentenced to serve up to 20 years in prison for two counts of securities fraud and up to five years for a conspiracy charge. According to the New York Post, Martoma is married and has three children.