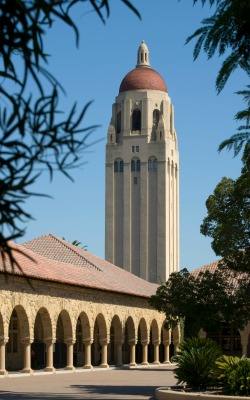 In a time when many institutions of higher education are struggling for sufficient funding, Stanford University has managed to set a fundraising record. According to a press release summarizing results from the Council for Aid to Education's fundraising study, Stanford has become the first institution to raise over $1 billion in one year.

Stanford, as noted by the press release, has topped all other colleges in fundraising for the past 8 years and has been the top fundraising institution 14 times during the past 30 years. The New York Times attributed part of this success to donations from entrepreneurial alumni in Silicon Valley. Another major contributor is the school's five-year fundraising campaign, which raised a total of $6.23 billion.

According to The Stanford Daily, the initial goal of The Stanford Challenge (TSC), the name of the campaign, was to raise $4.3 billion, but that measure was quickly exceeded. Over $1 million in funding came from alumni donations, which were often given for specific projects. For example, almost $254 million was donated for need-based financial aid. The measure of success in alumni donations is particularly impressive considering the fact that, according to the press release, both the average alumni gift and the percentage of alumni who gave gifts declined in 2012.

The Stanford Daily explained that administrators and faculty members collaborated to achieve the great campaign results. They "identified a variety of important needs and potential new initiatives, refined them into a set of overarching principles and began to determine what it would take to fund them." The response from Stanford alumni, as the university's President John Hennessy stated, was huge. "This was a community joining together for something they believe in."

The Stanford Daily further detailed how the university plans to use the money raised. The overarching intention is to use the new funds to improve students' educational experience and better prepare future leaders -- an objective that seems to be doing well. In addition to providing money for financial aid, TSC has raised enough funds for 360 graduate fellowships, 130 additional faculty positions, and $1.5 billion in facility construction and improvement. More specifically, TSC is funding the development of a campus "arts district" and several campus institutes, including the Tomkat Center for Sustainable Energy and the Precourt Institute for Energy Efficiency. Ann Kaplan, director of the council's fundraising report, commented on Stanford's achievement in raising money in The New York Times: "By any standard, it's been amazing. They have some very big ideas, and they're good at capturing people's imagination, thinking about what they can do and what they could be."

While it is the most impressive fundraising school of 2012, Stanford is not the only institution that has garnered success in this realm. The press release revealed that the University of Texas M.D. Anderson Cancer Center raised the most amount of money per enrolled student -- a figure of $590,719. Harvard, Yale, Columbia, and the University of Southern California (USC) were also among the top fundraising universities. Although not in the top 5, the University of California, Berkeley did surpass all other public universities in America when bringing in financial support, raising $405 million.

In total, higher education institutions in the U.S. raised $31 billion in 2012, a marginal increase from 2011 when accounting for inflation. Additionally, while contributions to current operations increased by 6.2 percent in the 2012 fiscal year, gifts for capital purposes (e.g., buildings and endowments), decreased by 3.2 percent. Kaplan explained that the level of success in raising money for higher education is closely tied with the state of the economy. "We haven't come out of this recession as fast as some previous ones. The will to make the gifts is there; now we just need the value of the underlying assets, of individuals and foundations, to come back."