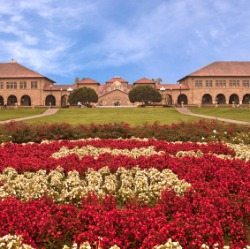 Last week Forbes released its annual list America's Top Colleges. Such rankings offer a glimpse into some of the nation's best known colleges, but can also draw attention to issues like college accessibility and rising student debt -- and what some colleges are willing to do to rank higher.

Forbes has named Stanford University and Pomona College the best colleges in the U.S., reports Reuters. East Coast Ivy League schools -- like Princeton, Yale and Columbia -- traditionally dominate the list, so while each of these schools still appears in the top five, giving the two top honors to California institutions is a shakeup of the status quo. Of course, some trends continue, like the absence of public institutions in the top 20 spots. The University of California, Berkeley, at No. 22, is the highest ranked public school on the list, and only 23 public schools rank in the top 100.

Anthony Carnevale, director of the Georgetown University Center on Education and the Workforce, told NBC News that Forbes' ranking calculation makes it difficult for more affordable public schools to compete: while the rankings consider debt, they do not emphasize what percentage of a college's graduates leave school indebted. "It's sort of a shame because building those elite public [schools] is really a remarkable achievement," he said.

Forbes notes that its ranking methodology looks at three aspects of student debt: average federal student loan debt load, student loan default rates and predicted vs. actual percentage of students taking federal loans. Just a few years ago, Forbes did not factor student debt into its equation, but today debt accounts for 17.5 percent of a school's ranking. Some observers believe debt deserves a heftier weighting, like President Lauren Asher of The Institute for College Access and Success (TICAS). Forbes does maintain a separate "best value" list, but it does not get nearly as much attention as its top colleges list. Even Forbes has dubbed its top 100 colleges "the only schools that matter."

College affordability -- especially in a time of dwindling budgets and skyrocketing tuition -- is a hot topic. NBC News reports that two-thirds of college students now graduate with an average of $26,600 in debt, according to TICAS. Yet each of Forbes' top 10 schools cost more than $50,000 a year to attend, save the United States Military Academy at West Point, which requires students to commit to five years of military service instead. What is more, a difficult job market even for college graduates can make it difficult to repay these debts. "The real metric is earnings," Carnevale said.

Another issue underscored by this year's rankings: the perhaps overemphasized importance of these lists, and what some schools are willing to do to rank higher. At least four schools once featured prominently on the list are absent this year, including Claremont McKenna College, Bucknell University, Emory University and Iona College. Forbes explained the schools were removed following reports that they falsified data. The allegations illustrate just how much ratings can mean to a college's bottom line.

"There's institutional pressure at colleges to achieve at all levels, and that includes rankings," Troy Onink, a college planning expert, told Forbes. "It's a hypercompetitive world for the best students and for that tuition revenue."