Report: State Funding for Higher Education Rebounds, But Not Enough 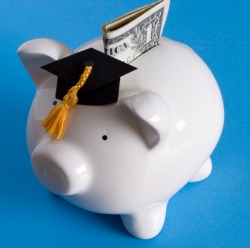 After years of declines in state funding for higher education, appropriations are starting to rebound, albeit rather slowly.

Inside Higher Ed reported that, according to a report by the Center for the Study of Education Policy at Illinois State University and the State Higher Education Executive Officers, overall state funding for higher education is up 5.7 percent for the current budget year, which for most states started in July. The increase is a significant turnaround from two years ago, when state support declined by almost 8 percent.

"What we found in this year's survey is that the trend is up nationwide, which I think reflects that the economy is a little bit better," said Jim Palmer, the report's editor, in Inside Higher Ed. "Historical trends indicate that state support for higher ed tracks the economy."

However, despite the improvement, appropriations are still below what they were before the Great Recession. According to The Wall Street Journal, state funding for higher education is still 11 percent below pre-recession levels. Additionally, the gains were uneven -- 40 states saw an increase varying from 0.8 percent in Hawaii to 27 percent in New Hampshire, reported Inside Higher Ed. A bulk of the increase came from three large states -- California, Florida and Illinois. Meanwhile, The Wall Street Journal noted that 10 states experienced more declines.

"The impact of the recession varied in different states and you can see that reflected in the data," said Palmer to The Wall Street Journal.

Furthermore, for some states it will still be a while before the increased funding will go towards the classroom. For example, according to Inside Higher Ed, in Illinois, the money will go toward shoring up pension funds. The Wall Street Journal reported that many states will likely use the money on maintenance that was postponed and has accrued over the years.

According to Inside Higher Ed, 31 states are now spending less on colleges than before the recession. Louisiana, Arizona, Nevada and New Hampshire are the furthest from their 2009 budget levels, even though three of those states saw an increase this budget year. Even colleges in states that are now spending slightly more than pre-recession levels are still struggling.

W. Clinton Rasberry Jr., the chairman of the Board of Regents in Louisiana, told Inside Higher Ed that part of the problem in Louisiana is that state laws place higher education and health care at the bottom of the list for state money. The Wall Street Journal also pointed out that the report highlights the fact that college spending is an easy target and lawmakers are quick to cut the funds when times are tough. Jennifer Delaney, an assistant professor of higher education finance at the University of Illinois, told The Wall Street Journal that lawmakers do that because universities can make up for the cuts in funding by raising money themselves. Other state programs are usually unable to do that.

According to Inside Higher Ed, a recent report by the American Association of State Colleges and Universities argued that the federal government should reward states that are maintaining or increasing their funding for public education.

"A new model is needed that acknowledges existing levels of per-student state support for public higher education and that strategically leverages federal dollars to incentivize additional state investment," stated the report, as quoted by Inside Higher Ed.

"U.S. Urged to Give Incentives to States on College Funding," insidehighered.com, January 15, 2014, http://www.insidehighered.com/quicktakes/2014/01/15/us-urged-give-incentives-states-college-funding