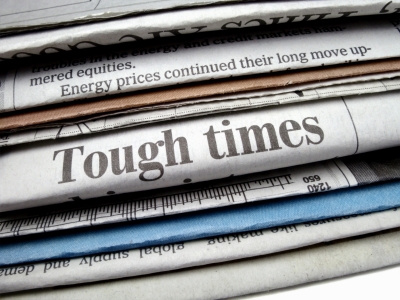 A new report indicates that state universities throughout the country are likely to face increased budgetary woes in the years ahead.

"The big story is that the demand for higher education is outstripping the ability of states to finance it," explained Paul E. Lingenfelter, president of the state officer's association, who was quoted by The Chronicle of Higher Education.

State support fell from $80.7 billion to $77.9 billion in 2009, but $2.3 billion in federal stimulus funds helped offset the gap. But because of record enrollment, universities were forced to disburse the money among more students.

Moreover, the federal money will be depleted by the end of this fiscal year, which occurs in June in most states. The loss of the funding will undoubtedly exacerbate already stretched budgets in state public institutions.

Unfortunately, the situation is likely to deteriorate: The report notes that in the 2010 fiscal year, state funding should drop another $2.7 billion to $75.2 billion. Federal funds will bring the amount up to $79.4, but the total will still be some $1.3 billion less than in 2008.

State universities are beginning to prepare for the worst. The Pittsburgh Post-Gazette reports that the financial situation is prompting Pennsylvania's 14 state universities to review "organizational efficiencies" on the campuses. The state system's enrollment has risen by 7,000 students in the last three years, and state appropriations would have been reduced by $38 million this year had there not been stimulus aid.

Kevin Kodish, a spokesman for the Association of Pennsylvania State College and University Faculties, noted that officials are now "looking at (efficiency) reviews in a different light. They're taking a harder look."

One move being discussed would involve a possible early retirement package for employees that could affect hundreds of faculty and campus workers. Kodish speculated that the incentive would push senior staff to leave, thereby eliminating higher salaries.

Meanwhile, The Washington Post reports that University of Virginia President John T. Casteen III said in his annual State of the University speech last week that the state had cut a total of $32 million--about one-fifth of its appropriation--by the start of the academic year. As a result, for the first time in history, in-state students now pay more for their education than the state. In addition, the school has trimmed positions, frozen salaries, eliminated courses and limited enrollment.

But the budget cuts are likely to increase. The Post points out that former governor Timothy M. Kaine's budget plan for fiscal 2010 and 2011 includes an additional $4.6 million cut. And in 2012? That, he said, is "when the real budget reckoning will occur."