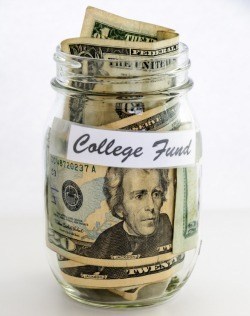 Several states are considering plans to make the cost of college free for their residents, or at least to defer payments until after graduation. Among them, according to American Live Wire, are Oregon and Tennessee, who are both experimenting with legislation intended to improve their prospective job markets by boosting the number of adults who hold a college degree. Of course, plans for free college tuition do come at a cost to taxpayers, which can be a contentious issue in areas lacking public support for taxpayer-funded higher education.

Although some states are considering funding college tuition with tax dollars, states like Oregon are suggesting a different approach. According to The Oregonian, the idea currently being batted around offers students the chance to attend college without taking out any loans. However, Oregon students would be required to pay a certain percentage of their income back into the program for a number of years after they graduate. Currently, that percentage stands at 3.5 or 4 percent of income for twenty years after graduating with a four-year degree. Proponents of the plan hope to test it out by experimenting with a group of randomly selected Oregon high school students during the 2016-17 school year.

A similar plan was recently introduced by Michigan's legislature, and a pilot program for Michigan's colleges is currently in the works. Much like Oregon's plan for free college tuition, graduating students would be expected to pay back a certain percentage of their income after graduating. According to the Detroit Free Press, the suggested contribution currently stands at 2 percent and 4 percent for community college students and university students, respectively. Students who participate in the program must pay the allotted percentage of their post-graduate income for five years for each year they attended school. Much like Oregon's plan, Michigan's plan would require 4-year bachelor's degree recipients to forgo some of their income for twenty years before finally satisfying the state's requirement. However, many feel that the plan, while not ideal, would go far to help students who struggle financially.

"The goal is to remove every financial barrier to high education," said state Rep. David Knezek, D-Dearborn Heights, to the Detroit Free Press. "We've increasingly placed the financial burden of college on the backs of the students. This is a no-interest plan that allows you to pay back as you go and as you can afford it. It takes the monkey off the student's back."

Although many have high hopes for Michigan's proposed legislation, there are drawbacks. For example, there are questions about how to anticipate the makeup of the program's participants, and whether a pool of only low-earners would be able to keep it solvent, noted Susan Dynarski, a professor at the University of Michigan. However, some possible solutions have been suggested, and changes might be needed to make this program, and programs like it, work for everyone.

"If the future starving artists flood into pay it forward and the future engineers shun it, the program will spiral into insolvency," said Dynarski to the Detriot Free Press. "An easy fix is to denominate the debt in dollars rather than years. When a borrower finishes paying off her loan, she stops paying."