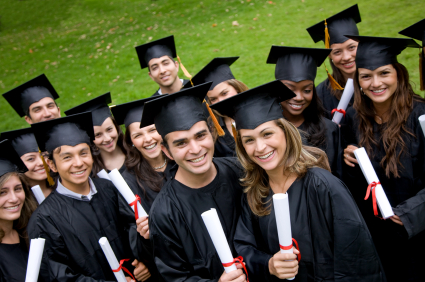 Seventeen states have joined in an alliance to help improve college completion rates.

The states have joined with Complete College America, a Washington-based non-profit whose creation was announced Tuesday, to increase the number of young adults with a college degree or credential. The states will be setting degree goals, developing and implementing action plans and reporting on progress toward the goals.

The Associated Press [from an article originally located at http://www.google.com/hostednews/ap/article/ALeqM5gKoP8I2QeqcYvOMEiM0UVpJN20PAD9E6P2BG3] reports that the campaign's goal is to make sure that 60 percent of adults between the ages of 25 and 35 hold a two- or four-year degree by 2020. Currently, 38 percent have associate or bachelor degrees.

A number of foundations are sponsoring the effort, including the Carnegie Corporation of New York, the Lumina Foundation for Education, the Bill & Melinda Gates Foundation, the W.K. Kellogg Foundation and the Ford Foundation. Together, they are contributing $12 million over four years.

"We all acknowledge that the objective of access to higher education is not just entry, it is completion," said Jamie P. Merisotis, president of the Lumina Foundation, who was quoted by The Chronicle of Higher Education. He noted that the project is unique from similar efforts because it focuses on putting new state policies in place.

Jones agreed. "There are probably 100 access groups and organizations for every one college completion group," he was quoted as saying in Inside Higher Ed. "Nobody says, 'We don't need another.' There are clearly not enough people working on this issue. As long as they differentiate, [these groups] become complementary activities."