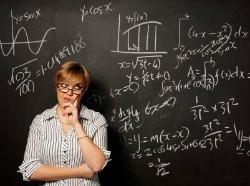 Various states are considering ways to cut down on the number of college students needing college remediation as well as its cost.

According to a recent report from Complete College America, more than half of students entering two-year colleges and nearly one-fifth of those entering four-year institutions are placed in remedial classes. Such classes typically do not offer any college credit, and students who take them have an extremely low chance of earning a degree: Nearly 40 percent of community college remedial students never complete their remedial courses. Less than 10 percent of such students graduate from community college within three years, and just over a third complete bachelor's degrees in six years.

"It's a huge obstacle," said Stan Jones, president of Complete College America, who was quoted by the Springfield News-Sun in Ohio. "A lot of students show up not knowing that they'll be placed in remedial classes. For them it's a big surprise and a big disappointment, so a lot of them quit before they even start."

Some states are taking action to trim the costs of remediation. Ohio, for example, plans to stop funding remedial courses at universities by the end of the decade. According to the Springfield News-Sun, in 2010, the state spent $146 million on such classes. The new system will require four-year state schools to pay for remediation without government funding. Students will also be able to take remedial courses at community colleges or university branch campuses.

Meanwhile, Complete College America has pushed for students to be placed into courses offering credit with extra academic support, and a bill was recently proposed in Connecticut that would do just that. But as reported by Inside Higher Ed, some have challenged that strategy, arguing that not enough research has been done to determine what would work best in remedial education.

The remediation problem is growing in Mississippi as well. According to Eric Clark, executive director of the state Community College Board, 13,734 community college students out of 30,630 took at least one remedial course in 2010.

"Obviously, it's taking a lot of energy and a lot of resources to get these folks prepared to do college work," he told The Clarion-Ledger.

The state is taking steps to address the problem by implementing a new set of academic standards for grades K-12 that focuses more on critical thinking. The so-called Common Core State Standards "is the biggest thing going on right now that will better align the objectives in K-12 with what what's expected in entry-level college courses," said Al Rankins, Mississippi's College Board associate commissioner for academic and student affairs, who was quoted by The Clarion-Ledger.