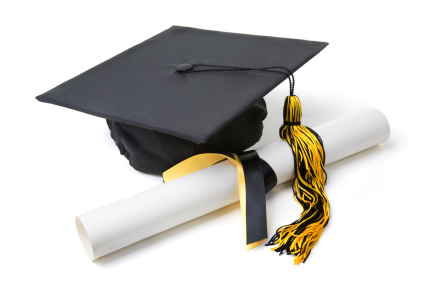 Colorado, Arizona and California are all taking steps to allow community colleges to grant four-year degrees.

This month, Arizona State Rep. Bill Konopnicki introduced a bill which will allow Eastern Arizona College to offer four-year degrees. The measure would effectively end the near-monopoly that the three state universities now have on bachelor's degrees.

"We've priced the cost of education out of the reach of most of the citizens of Arizona," Konopnicki was quoted as saying in the Payson Roundup. "We need some options to provide alternate baccalaureate degrees."

Currently, tuition at Arizona State University costs more than 12 percent above the national average--about $7,400 per year. The new bill would allow EAC to add four-year degrees in areas of study popular in rural areas of the state.

"The idea would be to limit the offerings to certain degrees--elementary education, or business, or nursing or law enforcement," explained Konopnicki. "Just five to seven degrees, as a limited test. My belief is that we could do it for half or a third of what it would be at the university. This is just to give citizens of rural Arizona an appropriate B.A. that they couldn't get any other way."

Similarly, a bill approved last week in Colorado by a state Senate committee will allow the Colorado Mountain College system to offer four-year bachelor's degrees for the first time. The school is aiming to provide degrees in specialized areas such as resort management, ski and snowboard management, and restaurant management.

"This would serve rural areas and non-traditional students who want to earn a four-year degree but for various reasons do not have the opportunity to leave the community to go to another school," said CMC President Stan Jensen, who was quoted by State Bill Colorado.

Sen. Dan Gibbs, who is sponsoring the bill that will now be debated by the Senate, noted that the legislation will provide more educational opportunities to students living in rural communities with no additional cost to the state. "We have the students and everything else in place," he told State Bill Colorado. "All we need is the authority from the state of Colorado."

In California, some officials are considering a similar plan to help provide students with affordable alternatives to the skyrocketing tuition costs and limited enrollment at California State University and the University of California. Democratic Assemblyman Marty Block is planning to introduce a bill that will allow community colleges to offer four-year degrees in high-demand areas such as nursing and high-tech.

"What really brought this idea up is the fact that San Diego State University this year, for the first time in more than a decade, has said they will not admit CSU qualified freshman," Block explained to KPCC radio. "Somebody has to provide them with that educational access."

Currently, community colleges in 17 states award bachelor's degrees, and some institutions have been reclassified as four-year institutions as a result.