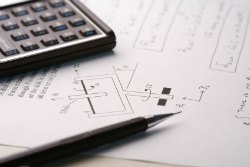 One might think that a promising way to improve workplace diversity is to offer underrepresented groups financial incentives, but research suggests that more money is not always enough -- at least not within technical fields.

According to a news release from the University of Southern California, a new study published in the June issue of "Research in Higher Education" reveals that minorities who major in STEM fields -- science, technology, engineering and math -- earn at least 25 percent more than peers studying disciplines like education or the humanities. Those who go on to actually work in STEM fields tend to earn at least 50 percent more than those same classmates.

"The premiums for majoring in STEM fields are huge," said USC's Tatiana Melguizo, study author and associate professor of education. "We need to educate students that if they get a job in a STEM-related occupation, they have an even higher earning premium. Otherwise, students aren't reaping the economic benefit of all the hard work they went through as undergrads."

"Among the high achieving minority students we studied, Latinos not only reported the highest annual earnings overall, but also reported the highest annual earnings among STEM majors," said study co-author and University of Chicago researcher Gregory Wolniak in the news release. "Preliminary findings suggest this may partially be due to Latino students' ability to find jobs related to their major."

But while minority students have a lot to gain by majoring in a STEM-related discipline, they remain underrepresented in the field. According to The Huffington Post, National Science Foundation data indicates that the science and engineering workforce is dominated by white males; black and Latino workers represent just seven percent of the workforce.

Women, too, are underrepresented: Forbes reports that only one in seven engineers is a woman, and that number is not improving. Women are also trailing men when it comes to STEM enrollment -- they hold less than 20 percent of bachelor's degrees in computer science, for instance, despite the fact that women account for more than 60 percent of baccalaureate candidates today.

This gender- and culture-gap has drawn international attention as employers and colleges struggle to attract more women and minority students to STEM fields. According to The Huffington Post, groups like the STEM Education Coalition have released policy recommendations aimed at expanding STEM workforce diversity and bolstering the number of minorities, women, veterans and rural students who pursue these disciplines. USC notes that some experts hope the latest salary study will help.

"These findings are encouraging signs that strengthening the pipeline of underrepresented students into STEM careers offers a viable solution to our nation's growing competitiveness problem in engineering and science fields," said Wolniak in the news release.