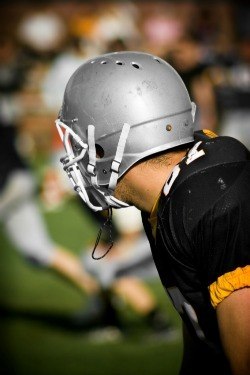 Student athletes have long been considered exactly that: college or university students who happen to participate in athletics. However, as The Boston Globe reported, a landmark 24-page decision by the National Labor Relations Board recently sought to redefine their role as not only student athletes, but as employees of their respective schools. TIME noted that the ruling, which was spurred by a group of high-profile athletes from Northwestern University, gave scholarship athletes the right to unionize and bargain collectively for their healthcare coverage and other benefits. However, since the National Labor Relations Board only regulates private institutions, any potential decision made on a larger scale may only affect student athletes at private colleges and universities.

Despite the many positives of such an arrangement, many argue that allowing student athletes to unionize could result in unintended consequences for schools and students. The Huffington Post pointed out that allowing college athletics to function as a for-profit business might distract schools from their main goal, which is to educate students and prepare them for the real world. Furthermore, student athletes who become employees due to their athletic status run the risk of becoming distracted themselves, and losing out of the educational aspect of their college experience in favor of financial gain.

On the other hand, it can easy to see why college-level athletes would want to unionize, especially when you consider what big business college athletics really is. For example, as The Boston Globe stated, the business of college athletics is booming, and many coaches and athletic directors earn several million dollars per year. Some might find it hard to argue that the players on the field don't deserve any compensation for the time they spend preparing for elaborate sporting events, or the performance they give on the field.

Even though the NLRB only has jurisdiction over private institutions, some believe that it may set a precedent for all student athletes and certain organizations that deal in college athletics, including the NCAA.

"I do think this is a way of putting pressure on the NCAA," New York University law professor and labor law expert Samuel Estreicher told The Boston Globe. "There is a policy for public pressure on the NCAA to allow compensation, which they won't allow, or flexibility on hours they devote to the team, or a compensation fund if people are injured. That may well be the ultimate objective, not collective bargaining, but applying a pressure point for leverage."

Only time will tell whether other groups of student athletes seek to unionize and how doing so might benefit them in the long run. Either way, the NRLB ruling has the potential to change the status quo when it comes to student athletes and compensation and may result in a transfer of power from team coaches, athletic directors, and schools, to the student athletes themselves.

"The players now have moral high ground, and momentum," Harley Shaiken, a labor economist at the University of California, Berkeley, told Time about the ruling. "This was a landmark decision for the future of college athletics."