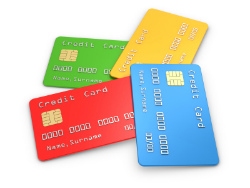 North Carolina community college officials readmitted a student to class after temporarily kicking him out for posting comments about the school's new identification card, which also acts as a debit card, on Facebook.

Marc Bechtol, the 37-year-old student attending Catawba Valley Community College in North Carolina, was readmitted Friday. That was after being personally escorted out of a business law class on October 4 by the school's executive director of student services, who told him he was banned for two semesters, according to the Hickory Daily Record.

The incident dates back to mid June when the community college indicated that students would receive an ID card doubling as a debit card though Higher One financial services, reported The Huffington Post. It was then that Bechtol became upset about the school sharing his personal information with the company as well as allowing Higher One to participate in what he called aggressive marketing. He indicated that he received e-mails from the company saying that he could receive Pell Grant and tuition refunds quicker with the card, but that it wasn't readily clear that students could receive this money without opening a card.

So he criticized the school's decision to partner with the company on Facebook.

He immediately made a follow-up post indicating that his comments could be slightly overreactive.

In addition to being removed from the classroom on October 4, he also received a disciplinary letter from the school saying that his Facebook post was disturbing and showed possible malicious intent against the school.

He was suspended without a hearing, noted The Huffington Post, but did attend a follow-up appeal hearing on October 7. MSNBC reported that the Foundation for Individual Rights in Education, or FIRE, came to his defense, indicating to the school that his comments constituted free speech and were not a serious threat.

"Catawba Valley Community College violated the First Amendment by responding to obviously hyperbolic criticism with swift and severe punishment," FIRE President Greg Lukianoff is reported in The Huffington Post as saying. "Marc Bechtol must be allowed to return to class."

After Bechtol offered to publicly express regret for a poor choice in words, the school changed its disciplinary action against him. He was allowed to return to school as of Friday. However, he has to notifying the school before using any computers on campus. FIRE indicates that to make matters right the school needs to rescind its claim that Bechtol violated school policy with his Facebook post.

Bechtol has indicated to the Hickory Daily Record that he has applied to attend school in another state in hopes of continuing his international marketing studies.

"My fight in this is over," Bechtol said. "I think I've done my part."

Higher One is a Connecticut-based company that works with many schools to provide students with combination ID/credit cards, according to MSNBC. Apparently, Bechtol is not the only one who has been taken aback by such a partnership. Perhaps that's the reason a parent of a student attending another college partnered with Higher One created a Facebook page entitled "Ignore the Higher One debit card offer," reported The Western Front.