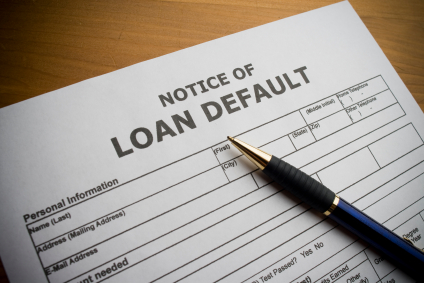 Inside Higher Ed reports that the data described the "cohort" default rate for 2008, which refers to the proportion of federal loan borrowers who began repaying loans between October 2007 and September 2008 and defaulted by the end of September 2009. That rate rose to 7.2 percent--up from 6.7 percent in 2007 and 5.2 percent in 2006.

As expected, the highest default rate--11.9 percent--was among borrowers who attended for-profit colleges. Public college borrowers had a rate of 6.2 percent, and private non-profit college borrowers had a rate of 4.1 percent. All rates rose fairly proportionally across all sectors. The Chronicle of Higher Education notes that borrowers in the bank-based program had a higher default rate of 7.8 percent, compared to 4.9 percent in the direct-loan program.

Experts agree that the economy is to blame for the rising default rate. Forbes points out that according to Mark Kantrowitz, publisher of FinAid.org, the number of graduates who defaulted on student loans has climbed 38 percent since 2005.

The Education Department data is particularly timely, because the College Board released a report last week saying that those who attended for-profit institutions were most likely to accrue high debt and were particular vulnerable to financial troubles. Specifically, the study found that 53 percent of students attending for-profit colleges graduated with at least $30,500 in student loans.

The data also comes as the government is preparing to track defaults over a three-year instead of a two-year window because of a new law beginning in 2014, meaning that default rates will be significantly higher than they are now. Colleges with unusually high default rates risk losing eligibility for federal student loans and Pell Grants. Last December, the Education Department released informational data indicating that the new law would be particularly threatening to for-profit colleges.