Student Loan Overhaul To Be Combined With Healthcare Legislation 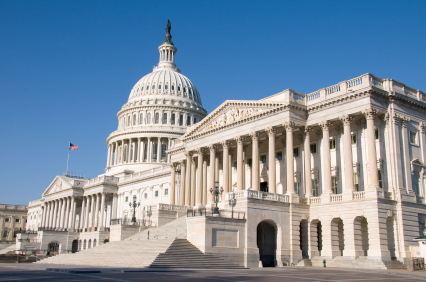 A major student loan overhaul will likely be combined with healthcare legislation to allow both bills to be passed on a simple majority vote, reports The New York Times.

The student lending measure calls for all federal student loans to be directed through the Direct Loan Program under the U.S. Department of Education, rather than through private lenders such as Sallie Mae. The proposal would eliminate subsidies the government now pays these lenders, and the savings would be used to increase Pell Grants.

The measure was passed in the House in September but stalled in the Senate, where it became clear that garnering the necessary 60 votes would be difficult. Leaders planned to pass the bill through a procedure called reconciliation, which allows legislation that reduces the federal deficit to be approved with just a 51-vote majority. But reconciliation can only be used once a session, and Senate Democrats were preparing to use the tactic to approve healthcare legislation.

Consequently, some proposed combining the student loan overhaul with the healthcare bill so that both measures could be passed with only 51 votes. But not everyone was convinced the idea was a good one.

"I think it threatens the healthcare bill," said Senate Budget Committee Chairman Kent Conrad (D-N.D.), who was quoted in The Washington Post. "It would threaten to sink them both."

But other lawmakers pushed hard for the reforms. "Families and students who rely on federal student aid need to know that Congress sides with them and not with the big banks," said Senator Tom Harkin (D-Iowa), chairman of the Education Committee, who was quoted in the Times. "The federal government has been subsidizing these banks and wasting taxpayer money for far too long. It's time to end it."

The Times reports that Harkin met with senators on Thursday and called for action on the student loan measure. Aides to Conrad said that he was open to packaging the two bills as long as the legislation was adjusted to account for a revised cost analysis by the Congressional Budget Office.

That analysis indicated that the student loan overhaul, which was initially predicted to save $87 billion, would only save $67 billion. Ironically, the numbers have shifted dramatically because hundreds of colleges--heeding the advice of Secretary of Education Arne Duncan--have switched on their own to the direct-loan program. In addition, increased spending on Pell grants will cost considerably more over the next decade than the administration originally predicted.