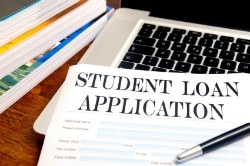 The interest rate for federally subsidized Stafford student loans is scheduled to double this year, and students and legislators are urging Congress to delay the hike.

Currently, the interest rate for Stafford student loans is at 3.4 percent, but that will rise to 6.8 percent if the government does not act by July 1. As reported by CNN, the hike would mean that the average subsidized Stafford loan borrower will have $2,800 in increased student loan debt over a 10-year repayment term. Those borrowers who have the maximum $23,000 in subsidized student loans will have an additional $5,000 in interest over a 10-year repayment period, and $11,000 over 20 years.

"Students are graduating with huge amounts of debt right now, and to add on to that is to limit their ability to participate in the economy, take jobs that they really want...simply because they are overwhelmed with debt," said Rhode Island Democratic Sen. Jack Reed to CNN. He and Rep. Joe Courtney, a Connecticut Democrat, have introduced a bill known as the Student Loan Affordability Act to prevent the interest hike.

Earlier this month, student activists delivered 130,000 letters to members of Congress on Capitol Hill from college students throughout the country, urging them to stop interest rates from rising. The event was organized by national youth associations, including U.S. Public Interest Research Group (PIRG), Rebuild the Dream, and Campus Progress.

"Today student voices will be heard loud and clear by delivering over 130,000 letters to leaders in Congress," said Rich Williams, higher education advocate for U.S. PIRG, who was quoted in a news release. "Our message is simple: Don't double student debt rates. Rising college costs, tight family finances and uncertain job prospects pack a triple whammy for student borrowers. In this economy, the last thing we should do is double the interest rates on student loans."

Some financial aid experts have noted that if federal interest rates rise, students may turn to private loans, which could lead to even higher debt amounts.

"I'm quite sure there will still be a substantial amount of people who are willing to take on the debt even at a higher interest rate," said Heather Jarvis, a student loan expert interviewed by Fox Business, "and that's kind of a mixed bag, because we want people to go to school, but we also want them to be able to be successful when they're repaying those loans."

"Realistically you're pitting one aid program against another," he told Fox Business, "and given the choice of cutting grants and making the loans less expensive or letting the interest rates go up, the lesser of the two evils is to allow the interest rates to increase."