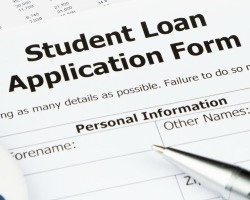 As Rohit Chopra, the CFPB student loan ombudsman, noted on the agency's website, "These submissions have touched every stage in the lifecycle of a private student loan - from marketing and origination through repayment and servicing to default, bankruptcy and debt collection. Not surprisingly, we heard a lot about the challenges borrowers have faced in periods of unemployment and financial hardship."

A common concern was that individuals with private loans were confused and frustrated when making payments. According to the Los Angeles Times, borrowers were upset that lenders did not clarify terms and conditions such as consolidating loans. As explained by Bloomberg, private student loans often have variable interest rates that can rise to more than double the fixed rate of federal loans. According to the Los Angeles Times, one respondent, who borrowed $130,000 in loans to finance law school, commented, "I pay $800 in interest each month, which is more than my rent."

The cost of attending college is rising rapidly. As mentioned by the Los Angeles Times, the U.S. Department of Education reported that the average cost of attending a four-year university has risen 15 percent from 2008 to 2010. Additionally, a report by the Federal Reserve Bank of New York showed that total student loans outstanding had accumulated to $904 billion in the first three months of 2012, a $30 billion increase from last quarter. The increasing cost of higher education has led to a greater dependency on private loans, often taken out in addition to limited federal loans available to eligible students.

As Bloomberg notes, the Dodd-Frank Wall Street Reform and Consumer Protection Act established the CFPB in 2010 to help consumers understand financial issues such as student loans, mortgages, and credit cards. According to the CFPB, the act also requires the CFPB to review complaints by private loan borrowers and give recommendations to the Treasury Secretary, Education Secretary, and Congress. Several borrowers who had submitted comments have received assistance from lenders, who rectified billing problems and notified customers about affordable payment plan opportunities.

To avoid confusion and surprises when it comes time to pay back student loans, it is important to do extensive research and fully understand one's range of options and the terms and conditions of different loans before committing to any single one.