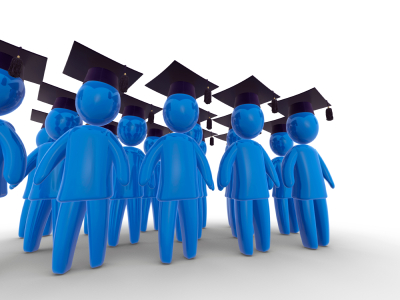 College students throughout the country are working hard to encourage their peers to participate in the 2010 census.

At Texas Christian University, six public relations students are implementing a month-long 2010 census awareness campaign. They told the Fort Worth Star-Telegram [from an article originally located at http://www.star-telegram.com/2010/02/25/1998637/making-the-census-count-at-dfw.html] that they were surprised by the misconceptions students had; one student even thought they were talking about a new car, the Toyota Census.

"What's interesting," said Sarah MacPhail, a junior who was interviewed by the Star-Telegram, "is that a lot of students put more information on Facebook than they will put on the census."

Their work is part of the Bateman Case Study Competition, which is sponsored by the Public Relations Student Society of America. The national contest gives students the opportunity to create a campaign for a specific client. This year, that client is the U.S. Census Bureau.

The TCU students are creating YouTube videos, a Web site and Facebook page and will be giving presentations about the census to 60 adult education classes in English as a second language. Similarly, at the University of Texas at Arlington, five PR students are giving out candy bars with census information on the wrapper and offering a $50 prize to the student who can complete the census form the fastest.

College students are an especially difficult population to count, noted Eun Kim, a public information officer for the Census Bureau in Washington who was quoted by the Star-Telegram. "They might go from a dorm to a fraternity house to a dorm to an apartment in one semester," she said. "They are hard to track."

The Centre Daily Times reports that five PR students at Penn State are also doing their best to encourage others to participate in the census. Jennifer Wallington, a senior, said that many students were under the impression that "they didn't need to worry about it because their parents will fill it out for them. That's not the case."

In fact, only those students who live at home will be counted on their parents' form. According to The Minnesota Daily, the student publication of the University of Minnesota, students are counted where they live for the majority of the year. Those who live off-campus receive census forms in the mail which should be completed before April 1. Students living in dormitories, sororities or fraternities are counted by residential hall directors and staff who distribute and collect forms from students.

College students often are not aware of the importance of the census. "Most of us were teenagers when the last one came out and we didn't care," explained Sandi McKamey, a student working to increase census awareness at Brigham Young University of Idaho who was quoted by Idaho's Local News 8. "We figured the students probably wouldn't care or know what it's about."