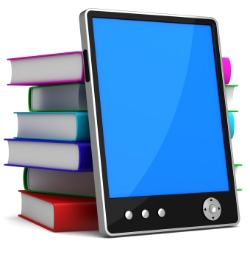 As the cost of college textbooks continues to rise, students and institutions are increasingly moving towards electronic textbooks.

In a nod to the trend, the Boston Globe reported that many campus bookstores have significantly increased the number of digital textbooks available this year. The Globe noted that according to the National Association of College Stores, digital textbooks are expected to account for 10 to 15 percent of course materials sold by fall 2012. Last year, by comparison, digital textbook sales made up just 3 percent.

The increased demand is primarily being driven by price, because digital textbooks can be significantly less expensive than printed textbooks. The Globe noted, for example, that one particular business textbook costs $151.40 for a new copy, $113.55 for a used copy and $83.90 for the e-book.

In fact, results of a survey published last month indicated that high textbook prices are ultimately forcing many students to forgo purchasing required texts. The survey, released by the Student Public Interest Research Groups, found that seven out of ten undergraduates who took the survey said that they had not purchased one or more textbooks because the costs were too high.

"I am paying for my entire college education, so adding the high price of textbooks is really hard for me financially," explained a junior from Indiana University who took the survey and was quoted in a press release. "It's frustrating because you have to buy the books in order to do well in many classes."

Morrisville State College in New York is one of the latest institutions to try to help cut textbook costs for students by utilizing electronic textbooks exclusively in one of its classes. The Madison County Courier reported that the 26 students taking a Systems Analysis course at the college will be using Apple iPad2 tablet devices instead of printed textbooks.

"Morrisville is always seeking new cost-savings solutions for students as well as bringing them the latest technology," noted Shannon Richard, executive director of campus relations for the Morrisville Auxiliary Corporation, which purchased the iPads for the students. "Someday, we may be loading all of their textbooks on a digital device rather than filling their backpack with printed books."

But whether e-textbooks are actually the best deal remains debatable. A recent report conducted by the textbook price comparison site CampusBooks.com found that surprisingly, renting or buying a used textbook was the least expensive option for 91.6 percent of the top 1000 textbooks. Electronic textbooks were cheapest only 8.4 percent of the time.

Jeff Cohen, CEO of Campusbooks.com, explained to Mashable.com that book prices shift often and e-textbooks tend to be the least expensive option when used books are harder to find.

"There's definitely not a clear winner of who is cheapest all the time," Cohen said.