Studies Find That Many College Students Could Skip Remedial Courses 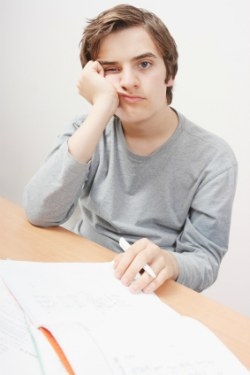 New studies have found that up to a third of students who were required to take remedial courses in college would have earned a B or higher if they had simply proceeded to regular college-level courses.

The two studies, conducted by the Community College Research Center at Columbia University's Teachers College, were based on the performance of 19,000 students who entered a large urban community college and a statewide community college system over several years. As The New York Times reported, the studies' conclusions are significant because at most community colleges, the majority of first-year students are placed in remedial courses. The students pay tuition for the classes, but earn no college credit.

Moreover, students enrolled in remedial courses are less likely to graduate: Research has found that less than a quarter of remedial students complete two-year degrees or transfer to four-year institutions.

"We hear a lot about the high rates of failure in college-level classes at community colleges," said Judith Scott-Clayton, author of the urban study, who was quoted by the Times. "Those are very visible. What's harder to see are the students who could have done well at college level but never got the chance because of these placement tests."

Most colleges use two standardized tests, the ACT's COMPASS and the College Board's ACCUPLACER, to determine college readiness. But the study concluded that the exams were not reliable.

"We find that placement tests do not yield strong predictions of how students will perform in college," the researchers wrote, as quoted by Inside Higher Ed. "In contrast, high school GPAs are useful for predicting many aspects of students' college performance." They added that using high school GPAs would ultimately reduce the number of students assigned to remedial courses by 15 to 50 percent.

As The Washington Post reported, Virginia recently opted to replace the COMPASS test with the Virginia Placement Test. The latter exam focuses on specific areas where students need work that can be addressed in a few weeks, rather than over an entire semester.

"A student used to have to take an entire algebra course and would know the first month or month and a half of material, so they would get bored," explained Terese Ryerse Overton, developmental math manager at the Woodbridge campus of Northern Virginia Community College, who was quoted by the Post. "And by the time they got to the stuff they actually did know, they weren't paying as much attention as they should have."

Overton added that remedial classes are a "bottleneck" for students. "We want them to get through," she said, "and to get through as quickly as they can."