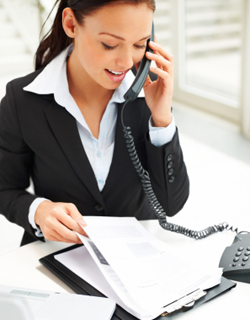 In order to make a hire, companies spend more time going through applications from job seekers who found the job on a job board, such as Monster and CareerBuilder, than applications that came through the company's own career website, reported The Wall Street Journal.

According to an analysis from Jobs2web, an interactive recruitment marketing company, employers reviewed 219 applications per job from job seekers who found the posting on a job board before finding someone to hire. In comparison, only 33 resumes were reviewed per hire from those who found the job on the company's website. Social media sites, such as Facebook and LinkedIn, were also frequently used--approximately 116 candidates came from social media sites for every hire. Jobs2web analyzed 1.3 million applications and 26,000 hires in 2010.

A separate study by CareerXroads found similar results, reported ERE, an online community for recruiters. According to CareerXroad's 10th annual Source of Hire Study, which surveyed 36 large "well-branded" U.S. companies in 2010, referrals from employees, vendors, alumni, customers and other sources remained the leading source of external hires. In second place was job boards--almost 25 percent of all external hires were sourced on job boards, a significant increase from previous years, when some 13 percent of respondents reported finding external hires from job boards.

ERE noted that in past years, company career sites took second place. However, while they still play a role in the hiring process, Gerry Crispin and Mark Mehler, co-founders of CareerXroads, found that applicants tend to come across a company site by clicking on a job posting on a job board.

"Career sites are critical but they are more likely to be the end point, not the beginning or middle," said Crispin and Mehler.

Both studies, however, stated that the best way to get noticed is through an employee referral. Crispin and Mehler found that 45 percent of respondents said that all their referral hires come from current employees.

"It increases your chances of getting a job tenfold," said Crispin in The Wall Street Journal. "If an employee makes a referral, they at least have some feeling that the individual will be a better employee."

Despite a positive March jobs report, The Huffington Post recently reported that getting one's foot in the door is still tough. With 90 percent of positions existing in the hidden job market, applicants must be creative and strategic if they want to get recognized. If you do not have an immediate contact who can refer you, Caroline Dowd-Higgins, author and Director of Career and Professional Development at the Indiana University Maurer School of Law, recommends thinking outside the box by making a memorable impression during an informational interview, branding yourself on LinkedIn to get headhunters' and recruiters' attentions, volunteering at a company, asking a contact if you can job shadow, and establishing yourself as a specialist in your field by writing a blog or posting relevant articles.

"If the door is locked--find a side door and use your creativity and strategic thinking to get inside and show your professional best," said Dowd-Higgins.

"Use the Side Door To Enter This Tough Job Market," huffingtonpost.com, April 4, 2011, Caroline Dowd-Higgins