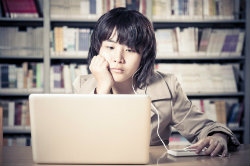 Despite a growing number of international students studying at American universities, a recent study shows that many have no close U.S. friends and wish that they had more meaningful relationships with their American peers.

According to a press release, Elisabeth Gareis, an associate professor of communication studies at Baruch College of the City University of New York, surveyed 454 undergraduate and graduate international students at 10 public universities. The participants' schools were located in three different locations: nonmetropolitan areas of the South (Alabama, Georgia, North Carolina and Mississippi), nonmetropolitan areas of the Northeast (Connecticut, New Jersey and New York state), and New York City.

Gareis pointed out that this is concerning for both international and American-born students.

"Where else can people meet and have the time and the freedom to make friends across cultures than at college?" she said to The Chronicle of Higher Education.

According to Inside Higher Ed, almost half of the international students surveyed blamed the disconnect on an internal factor, such as poor English or shyness. Among East Asian students, that percentage was much higher--almost 80 percent. Some, however, placed the blame on American students. As reported in the press release, 32 percent of international students blamed their difficulties on superficiality and 25 percent said that Americans were not open-minded or lacked interest in other cultures.

"I didn't expect that it is so hard to make friends with Americans," said one international student who was quoted by The Chronicle of Higher Education. "Usually I do not know what to say with them and I guess they do not either."

Gareis noted that more research needs to be done to better understand why there is such a disconnect between U.S. and international students. She also emphasized the importance of addressing the problem.

"A central predictor of overall sojourn satisfaction is international students' contact with the hosting country's nationals, in particular, the meaningful contact found in friendships," she said in the press release. "Through friendships, international students have stronger language skills, better academic performance, lower levels of stress and better overall adjustment to a new culture."